The effect of making changes to Ireland's bailout in order to help it return to the markets has been considered, RTÉ News has learned.

The Troika - the European Union, European Central Bank and International Monetary Fund - said the country has been sticking to its bailout targets.

It also believes Ireland's cost of borrowing would be lower were it not for the intensification of the eurozone crisis.

However, sources say that if the Troika extended the terms of the repayment of Ireland's loans, it would help the country return to the markets.

This could see the country paying back EU loans over an average of 30 years instead of the current 15 years.

The issue has not yet been raised with the Government or with EU leaders.

It would amount to Ireland's official creditors taking some pain and would require political agreement.

Tánaiste Eamon Gilmore has said the Government has been working with the Troika to see if we can get the bailout on a different basis.

He said he expects something to come of it but could not put a timeframe on it.

He also said an improvement in our bailout terms would help us get back into the bond market.

Responding to RTÉ's report about a possible doubling of the repayment schedule of Ireland's bailout loans, a Government spokesperson said that "no proposals have been received from the Troika as yet".

The European Commission has said that it is not planning to double the repayment term on parts of its €85bn bailout to Ireland. ''This is simply not true," EU commission spokesman Amadeu Altafaj in an emailed response.

Sources say the step is being considered in an effort to convince the markets that private sector bondholders would not be burned in future by Ireland.

It is partly a reaction to the fact that burning private sector bondholders by Greece has not worked.

Some believe imposing losses on private bondholders in Greece has made a return to the markets by countries in bailout programmes even more difficult.

Responding to the report, Sinn Féin has said Ireland needs a debt writedown, rather than longer Troika loan terms.

Finance Spokesperson Pearse Doherty said that while any progress in dealing with the State's unsustainable debt would be welcome, what is really required is debt writedown.

In a statement, Mr Doherty said a return to the bond markets would only happen if the debt is written down. 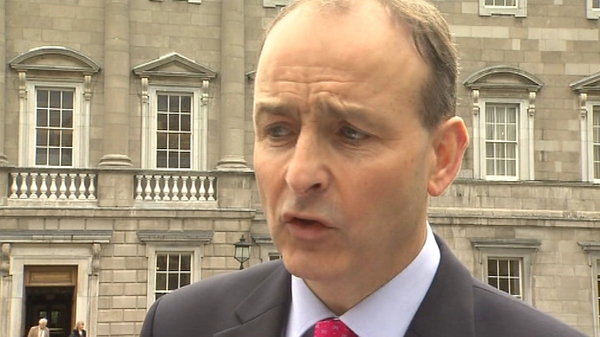