The Croke Park Agreement has secured savings of almost €1.5 billion over the two years of its existence, according to the Implementation Body.

The findings are published in the latest annual review of the agreement for the year to March 2012.

However, Chairman PJ Fitzpatrick has warned that there will be no let-up in the pursuit of reform and savings, particularly as demand for such services is rising, and the fiscal situation remains challenging.

He said the deal had delivered pay savings of €650m this year, though the "sustainable" saving that will carry to future years would be around €521m once recruitment of up to 3,000 essential new recruits was factored in.

When that was added to the €289m in pay savings secured between April 2010 and March 2011, the total pay saving under the agreement came to around €810m.

Meanwhile, further non-pay savings of €370m were secured, on top of €308m secured in the first year of the deal - bringing the total non-pay saving to €678m.

The report says that staff numbers fell by 11,500 in the year to March, which included the surge in retirements in February to avail of favourable pension arrangements.

Mr Fitzpatrick said thousands of others had been redeployed, with 4,500 moving in health alone.

Asked about the practice of rehiring people who had retired, he said the Implementation Body agreed with official policy that it should only take place in exceptional circumstances and only for defined and limited periods.

The overtime reduction across the public service has been around 10%. This would have been more but for the overtime costs incurred on the visits by Britain's Queen Elizabeth and US President Barack Obama.

Examples of work practice changes aimed at saving money include new garda, prison and health sector rosters and increased use of civilians in garda stations and prisons.

In addition, there has been industrial peace as disputes are settled through binding arbitration.

Minister for Public Expenditure & Reform Brendan Howlin said it is clear from today's report that the Croke Park Agreement is "a framework that is delivering".

He said it shows an even more robust implementation of targets during the second year, and "very significant savings" on payroll costs.

He said there had been reform, a reconfiguring of services, and an improvement in rosters.

Irish Nurses and Midwives' Association General Secretary Liam Doran said he did not view the body’s report as a pat on the back for public servants.

However, speaking on RTÉ's Today with Pat Kenny, Mr Doran said that Government and wider society needed to acknowledge that public servants have put their ''shoulders to the wheel'', in providing public services to the best level possible with reduced resources.

"No-one's looking for plaudits because we know that the difficult situation will continue, but we do want more recognition and I think that public servants are very tired and very disappointed at always being at the receiving end of negative criticism by other commentators," he said.

Mr Doran said he believes that the wider public service would interpret any change in allowances paid to public servants as unilateral Government interference with the Croke Park Agreement.

He said that allowances are considered to be part of core pay, by virtue how the pay model in the public service was arrived at. 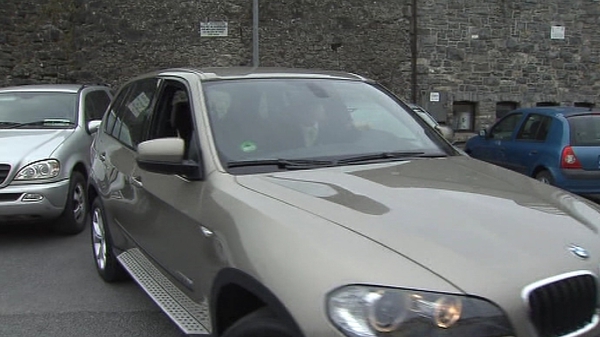