The 31st International Eucharistic Congress was held in Dublin from 22-26 June 1932, to celebrate the 1,500 year anniversary of St Patrick’s arrival to Ireland.

The Congress theme that year was “The Eucharist and Ireland”.

Over one million people are said to have attended the high mass in the Phoenix Park on the closing day of the Congress.

There was also a live papal broadcast from Rome, which was heard by the faithful through loudspeakers erected around the Park. The signals were broadcast from the RTÉ transmission station in Athlone, Co Westmeath. 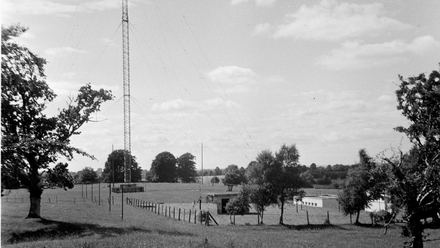 The event was also relayed by the BBC and several other national stations in Europe.

Four processions left the park following mass to O’Connell Street, where around 500,000 people gathered around O’Connell Bridge for the benediction by Papal Legate Cardinal Lorenzo Lauri. 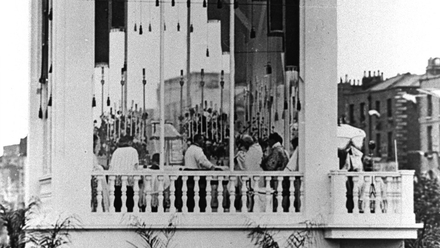 Cardinal Lauri arrived in Dun Laoghaire on the Cambria on 20 June. The steamer was escorted into port by a squadron of airplanes flying in a cross formation. Around 50,000 people greeted the Legate on his arrival and he was escorted by the Blue Hussars cavalry into Dublin.

Cardinal Lauri was formally welcomed by the Lord Mayor Alfie Byrne before the party proceeded to the Pro Cathedral and the “City Gates” on the Merrion Road. 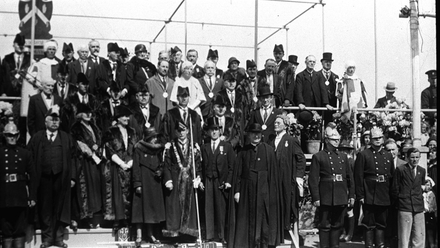 Dublin underwent a massive makeover for the event, with even the poorest parts of the city decorated and cleaned for the celebrations and two replica round towers were built in the city centre.

The government arranged for major buildings in Dublin, including the GPO, Trinity College and Government Buildings, to be illuminated throughout the week.

A large number of senior Catholic figures attended the Congress, which was viewed as an opportunity to display the new Free State to the world and emphasised the strong relationship between the political establishment and the Catholic Church.

An act – The Eucharistic Congress (Miscellaneous Provisions) Act, 1932 – was passed specifically for the event.

The Archbishop of New York, Cardinal Patrick Hayes, along with Boston Archbishop William O’Connell were among the distinguished Irish-American prelates who attended.

Ocean liners from around the world arrived in Irish ports carrying thousands of pilgrims for the event. Many served as floating hotels for the duration. 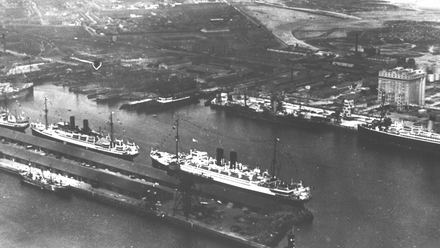 Hundreds of the Catholic Church’s most distinguished figures arrived in Ireland from China, Australia, Africa and the US and were feted by the government and local Catholic hierarchy at numerous gatherings and parties.

Hundreds of thousands of people converged on the capital throughout the week to attend the various religious events – sparking an unprecedented mass rural exodus. Around 100,000 children gathered in the Phoenix Park on 25 June for the Children’s Mass.

The message from Pope Pius XI was broadcast live from the Vatican during the High Mass on 26 June, with the most extensive PA system ever used, bringing his words to the masses in the Phoenix Park and also via loudspeakers set up along the city quays and at various city centre locations.

Papal Knight John McCormack sang ‘Panis Angelicus’ and a guard of officers presented arms (36 sword blades) to the altar during the consecration.

This was followed by the tolling of an ancient bell, which had been taken from the National Museum for the occasion.

After the congress ended the Papal Legate was made a Freeman of Dublin and visited a number of towns during his final week in Ireland, receiving rapturous welcomes wherever he went.