Senior university staff were overpaid by a total of €8.1m in excess of ministerially-approved rates between June 2005 and February 2011, according to an audit of the education sector.

The review by the Comptroller and Auditor General found that UCD overpaid top staff to the tune of €3.61m during that time. UCC was next with an overrun of €1.64m, with Trinity College Dublin coming third at €1.5m.

The C&AG review states that some individuals are still subject to ongoing discussion between the Higher Education Authority and the universities concerned.

The Department of Education told the C&AG that once those discussions are finalised, the HEA will take steps to "reallocate" or "attach conditions" to the use of an appropriate level of funding in each university.

The report also finds that Trinity breached its authorised staffing limits by promoting 27 academic staff from 1 January 2011 - at a time when the Government's Employment Control Framework had succeeded in reducing staff in the third level sector by over 7%.

It had been asked not to do so by the HEA.

The C&AG review also highlights deficiencies in controls on spending at the President's Office at Waterford Insititute of Technology.

It cites breaches of spending policy on subsistence and hospitality - including €18,452 spent on flowers and €3,067 on gifts.

However, it concludes that appropriate steps have since been taken by WIT, the HEA and the Department of Education since the transactions came to light.

DCU bailed out in two subsidiary companies in 2010

DCU had to bail out two of its subsidiary companies in 2010, according to the Comptroller and Auditor General's report on third level financial administration.

The company managing the Helix theatre on the DCU campus - UAC Management Ltd - had issues about whether it could continue as a going concern, but was saved in September 2010 by a capital contribution of €7.4m which was approved by the University's governing authority.

UAC Management Ltd also received contributions of half a million euro each year in 2008 and 2009 from University income which were described as "contributions to the arts".

The Comptroller and Auditor General notes that from an accounting perspective, UAC had "going concern issues" which were overcome through the support of the University.

DCU also provided support to the Tony Ryan Academy for Entrepreneurship - a non profit joint venture between DCU and the family of Ryanair founder the late Tony Ryan.

The Academy had been loss-making since its inception, with accumulated losses at the end of the 2008/2009 academic year of €2.1m.

In September 2010 the university's governing authority approved a capital contribution of €2.4m.

DCU said that while it had been lossmaking to date, revenues are increasing, and the university views the academy as a vital element of its enterprise and engagement strategy.

Issues also arose at Invent DCU - an innovation and enterprise centre on the DCU campus established in 2001. It was intended that part of its funding would come from five patrons each donating €635,000 and in return receive an equity share in each developed company.

However, only two patrons subscribed, leaving a shortfall of €1.9m. As a result, DCU is committing to providing €100,000 a year for 19 years to meet the subscription shortfall.

DCU's Director of Finance told the review that support for the three subsidiaries had been funded from subsidiary company profits which had been remitted to the University in previous years. 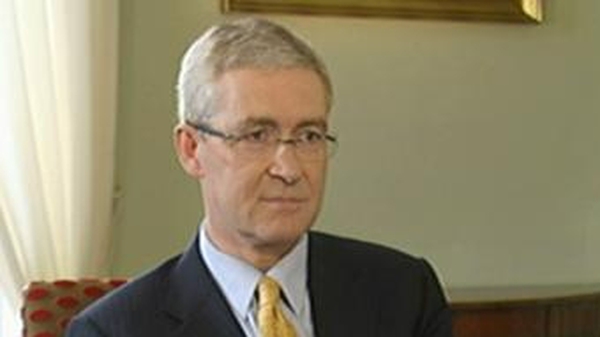