More than 1,000 Bord na Móna workers in the midlands have taken part in a one-day strike in a dispute over pay increases at the company.

Industrial action by SIPTU and UNITE trade union members led to the closure of the peat briquette factory at Derrinlough and several other production sites.

Around 60 workers placed a picket on the peat briquette factory.

Deliveries of peat were stopped at the ESB West Offaly and Lough Ree power station.

Electricity generation was not affected because supplies of peat are kept in reserve in both power stations.

Union representatives said over 1,200 of their members took part in strike action today.

Secretary of the Bord na Móna group of unions Oliver McDonagh said there is a serious issue of trust to be resolved between the workers and new management at the company.

In a statement, Bord na Móna said it was disappointed about the strike and is working to minimise the amount of disruption experienced by customers.

Mr McDonagh said Bord na Móna has always been a profitable company but workers have lost faith in management after recent investments in loss-making divisions.

He said that the unions were going back into discussions with management.

The dispute is over what unions claim is a bid to introduce performance-related elements into a pay agreement.

However the majority of staff turned down that deal.

Pickets were in place at the majority of sites in Longford, Westmeath, Laois, Offaly, Kildare and Roscommon.

The industrial action comes at a time when the semi-State firm is usually at the peak of its production season.

Bord na Móna management has already warned it will have to lay off workers to meet the pay increase demands.

Bord na Móna's Human Resources Director Jim Stockwell has said that further strike action by workers would make it even more difficult for the company to meet pay increase demands.

Speaking on RTÉ’s News at One, Mr Stockwell said that the company's door is open to people who want to clarify the agreement it reached with trade union officials and shop stewards in April.

There are almost 2,000 people employed by Bord na Móna in areas such as waste disposal and peat briquette production.

Mr McDonagh said the dispute would end at midnight and workers would return to work tomorrow. 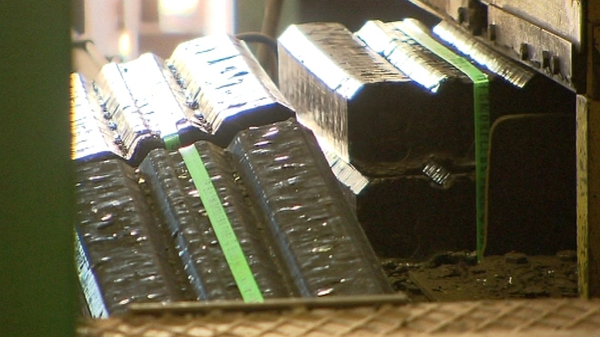