Sinn Féin leader Gerry Adams has told the closing session of his party's Ard Fheis in Killarney that Government policies were entrenching austerity and forcing a generation to emigrate.

He also appealed for a No vote in the referendum, and on Northern Ireland told delegates Sinn Féin had to convince Unionists that a United Ireland was in their interests as well.

He said that cuts by the British Tory government and the absence of fiscal powers in the North have made the Executive's task more difficult.

He said in this State the Government gives fiscal powers away.

He added that Ireland needs a Government-led job creation strategy.

He said upward only rent review, and the denial of credit by banks to the small and medium business sector does not make economic sense.

It does make economic sense, however, he said, to replace imports with home-produced products and to target specific sectors for export.

He said Sinn Féin will also change social protection to introduce a safety net for the self-employed. He said Ireland has the visionaries to develop our own industries, and that vision must be matched by Government action.

Mr Adams told the Ard Fheis that in a real republic there is a duty to provide the highest quality of public services; better services delivered more fairly and paid for by direct taxation.

All citizens, throughout their lives, he said, should have access to education at all levels based on their ability.

He said that the cost of educating their children is increasingly a challenge for many parents.

He also said a public health service, free at the point of delivery which provides for citizens from the cradle to the grave, and also funded by direct taxation, is good economics.

Delegates earlier heard from a range of speakers criticising Government policy on employment and jobs, and emigration.

In his speech this morning, Northern Ireland Deputy First Minister Martin McGuinness repeated a call for voting rights in Presidential elections to be extended to Irish citizens in Northern Ireland and those who have emigrated abroad.

Mr McGuinness said a process of national reconciliation in Ireland has commenced,

Sinn Féin's republican ideology is based on inclusion, he said, and recognition of the different cultural traditions and identities that share Ireland.

He said he recognises that there are one million people on this island who are British, and as a proud Irish Republican he not only recognises the Unionist and British identity, he respects it.

In return, he said, all he seeks is for his Irish identity and tradition to be respected as well.

Mr McGuinness added that people who think that a new Ireland, a united Ireland, can be built without unionist participation, involvement and leadership are deluded.

TD Pádraig MacLochlainn said the economy is now offically back in recession and that the domestic economy has never been out of recession.

Unemployment, he said, continues to scar our communities. 444,000 people languish on the Live Register, while 115,000 people are in serious mortgage distress and 1,500 people are emigrating every week, he said.

He said austerity is not working, and yet the Fine Gael/Labour Government has committed to pulling a further €8.6bn from the domestic economy over the next three years.

Mr MacLochlainn said it is time for us to stand up for Ireland, and demand a better future.

Senator Kathryn Reilly pulled off a number of county jerseys to demonstrate how each had been ravaged by emigration, and proclaimed that the only GAA clubs that are on the rise are those in foreign countries.

Brian Stanley TD condemned what he called the "bully boy tactics" being used by the Government to force citizens into paying the Household Charge.

He pointed out that half of all households had still not paid it.

He said the party was submitting a bill, which would see the Household Charge repealed.

He encouraged people to support the party in their campaign to have the charge consigned to history.

Deputy Dessie Ellis called for a real social dividend from the National Asset Management Agency; efforts to date to use the NAMA stock for social housing had amounted to a feathering of the bed of developers, he said. 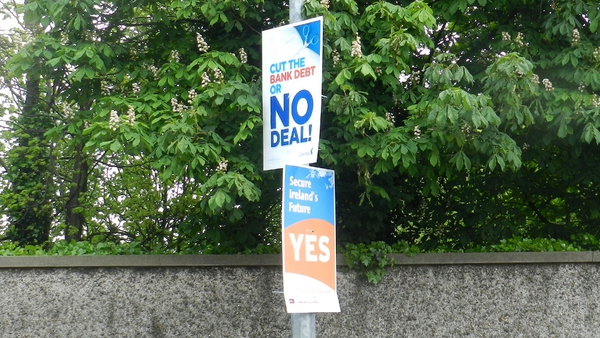