Most callers were looking for help to pay for food, heat and general bills.

Overall 26% of calls related to general issues ranging from requests for a visit to requests for household goods and clothing.

However, the charity's analysis of the calls showed that help with food and energy bills were the second and third most common needs, representing 23% and 16% of calls respectively.

65% of those who requested help were in receipt of social welfare payments.

In general most calls for assistance came from households with children and the largest group of callers were one parent families. They accounted for 41% of calls to the charity. 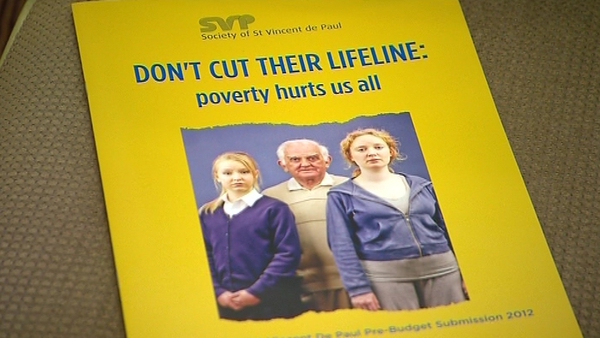