Fianna Fáil leader Micheál Martin has said that the fairest way to resolve any issues of lack of media balance in the fiscal treaty referendum campaign is to have a leaders' debate.

Mr Martin said it was even more important that "we should have confidence in our position to go out there and debate our position".

Calling on Taoiseach Enda Kenny during Leaders' Questions in the Dáil, Mr Martin said he does not understand the reluctance to participate in a leaders' debate.

Mr Martin also asked Mr Kenny to confirm if RTÉ had invited him to participate in a debate.

The Fianna Fáil leader said he understands that the Taoiseach has been invited to do an interview after Sinn Féin Leader Gerry Adam's speech at the Ard Fheis to counterbalance it.

Mr Martin said this is breaking with tradition, where Ard Fheiseanna are not covered if there is "an election" within six weeks.

Mr Adams asked: "Wouldn't it be more leaderly for the Taoiseach to come into a studio and inform people and have a genuine debate?"

He added that it is ''bizarre'' that the Taoiseach is to be allocated time on television proportionate to what he says on the fiscal treaty in his Ard Fheis address.

The Taoiseach said he had no difficulty at all in discussing the fiscal treaty, and he did get an invitation from RTÉ to do a broadcast on Sunday following the Sinn Féin Ard Fheis.

However, Mr Kenny said he is not aware of an invitation to a leaders' debate. He said the referendum is a matter for the people to decide, and "not to give profiles to politicians".

Mr Adams also called on the Taoiseach to stand aside from EU summits, saying he is out of his depth. He suggested that Jedward be sent instead, as "they would stand up for Ireland's interests".

He said he wanted to welcome the Taoiseach's "new found conversion to the growth agenda", adding that in November when he began promoting the fiscal treaty, he never mentioned jobs once, despite "advice from Sinn Féin".

He said the Taoiseach has settled for much less than anyone else, and now he is trying to play catch-up.

He added that what Sinn Féin wants to do is garner support for protest and get publicity.

Mr Kenny claimed the treaty is far from being about austerity; it is about bringing stability, confidence and growth.

Later, the Minister for Finance told the Dáil that the advice from the NTMA is that if the country votes No it would not be able to borrow money on the markets at sustainable rates.

He said that the State has access to sufficient funds for its needs until well into the second half of 2013.

Minister Noonan said thatTDs supporting a No vote should exercise some influence to stop the harassment of the Taoiseach as he campaigns around the country.

The dignity of his office should be respected, he said.

Mr Noonan was replying to a question from Socialist Party Leader Joe Higgins.

Mr Higgins asked that as a member of parliament was Mr Noonan disturbed at the increasing harassment and bullying of our people by economic agencies.

He said they had been told that they must vote Yes or else they will be isolated by speculators in the market and therefore our attention is diverted from the details of the treaty.

Mr Higgins said some economists point to severe cuts that would be necessary to bring Ireland’s structural deficit down to 0.5%, as required in the Treaty, and the implementation of those targets are taken out of the hands of the Irish Government and into the hands of the EU Commission.

He added that under Article 3 of the treaty, they will determine the timescale, size and pace of the cuts necessary. Mr Higgins said all evidence is that austerity is savaging growth.

He said the Minister for Finance insulted the suffering of Greeks, with his feta cheese comment, and the Government, alongside German Chancellor Angela Merkel, is doing damage to lives with their austerity programme, instead of seriously addressing growth.

Fianna Fáil Senator Denis O'Donovan has said that the Seanad should sit on Tuesday for a debate on the referendum.

He said the Taoiseach and Minister for Finance Michael Noonan should attend.

Senator O'Donovan said the Yes campaign was faltering and that the display by Tánaiste Eamon Gilmore on The Frontline referendum debate was extremely poor.

He said that No campaigners Declan Ganley and Mary Lou McDonald had wiped the floor with Mr Gilmore. 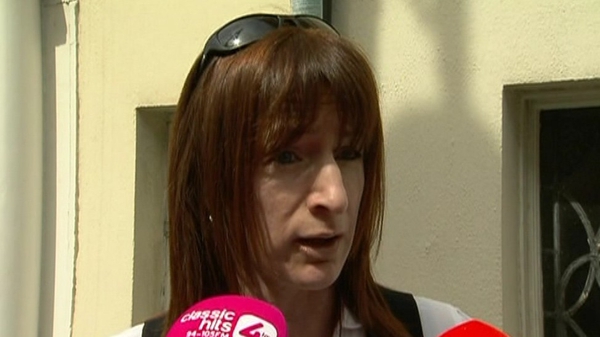