The Taoiseach has described eurobonds as an idea "worth exploring", but has ruled out a eurozone financial transaction tax if it disadvantaged the Irish economy.

Enda Kenny was speaking as he arrived for an informal summit of European Union leaders in Brussels.

Mr Kenny said eurobonds were part of a range of opportunities up for discussion at the summit.

He said the idea of using the permanent bailout mechanism (the ESM) to directly recapitalise the banks would be "of exceptional interest" to Ireland, which was the first country where a government had taken on bank debt.

Mr Kenny was also asked if Ireland would support a financial transactions tax as part of a range of growth measures, as recommended by French President Francois Hollande

"It's very clear for quite some time we do not support that if there is a disadvantage to our country."

EU leaders are meeting amid continuing worries about a range of economic and political problems putting pressure on the single currency.

The meeting will look at ways of boosting growth and employment, as well as addressing the implications of the continuing political uncertainty in Greece.

EU officials insist this meeting is a stepping stone to the next formal summit of leaders at the end of June.

European Council President Herman van Rompuy insisted controversial ideas should be on the table and there should be no taboos.

Mr Gilmore said it would give "added urgency" and "accelerate progress" towards growing the EU economy and creating jobs.

Speaking in Brussels, where he attended a meeting of European Socialists, Mr Gilmore said that he made good progress during an earlier meeting with European Commission Vice-President Olli Rehn on increasing investment in Ireland and stimulating the domestic economy.

However, he said that he could not give details about how much additional investment could be secured from EU entities, such as the European Investment Bank, or the re-allocation of unused EU structural funds. 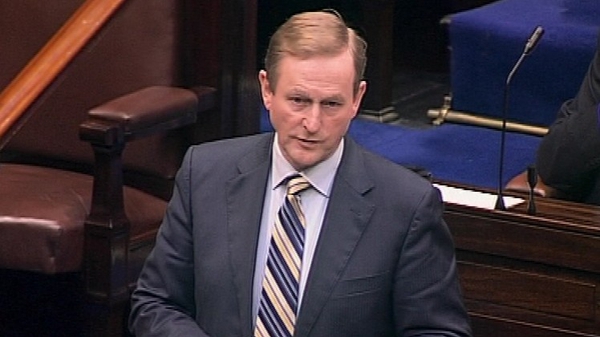