NATO leaders are meeting in Chicago for a summit aiming to chart a path out of Afghanistan.

US President Barack Obama, looking ahead to November presidential elections, is expected to emphasise a common alliance vision for gradually pulling most of the NATO force of around 130,000 by the end of 2014.

It will also highlight Afghanistan's strides toward taking charge of its own security.

He has said an extremely limited number of soldiers would remain to train Afghan forces and bring back equipment beyond 2012.

"This decision is an act of sovereignty and must be done in good co-ordination with our allies and partners," said Mr Hollande, who will discuss his exit plans with Afghan President Hamid Karzai.

He has declined to define the details of his withdrawal, saying that was France's "business."

The careful French comments, leaving room for various interpretations, illustrate the balance NATO leaders strike as they seek to avoid the appearance of splits with NATO partners without alienating voters who want to see a swift exit.

Alliance leaders may use the same approach in discussions this weekend of long-term funding for Afghan police and army, whose ability to battle the Taliban is at the core of NATO strategy for exiting Afghanistan smoothly.

The Obama administration has been seeking promises from its allies in Afghanistan to give $1.3 billion a year for Afghan forces.

While there are few doubts allies will eventually provide support, it appeared unlikely heading into the summit that it would meet that goal by the end of the meeting.

A last-minute addition to the list of leaders at the carefully choreographed meeting is President Asif Ali Zardari of Pakistan, whose western tribal areas provide shelter to militants attacking Karzai's government and NATO forces.

Mr Zardari may encounter friction in interactions with NATO leaders who have been pressing Islamabad to reopen routes used to supply NATO soldiers in Afghanistan.

Pakistan shut those routes in protest when US aircraft killed 24 Pakistani soldiers along the Afghan border in November.

It is unclear whether a deal reopening those roads will occur this weekend as US officials had hoped earlier in the week.

Severe fiscal pressures, including plans for major cuts to defence spending in Europe and the United States, are sure to colour the talks in Chicago.

NATO is expected to announce a milestone in the effort to provide a pan-European missile defence system, which has now reached "interim capability." 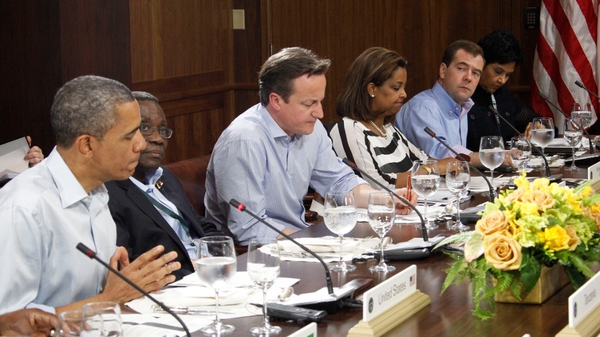