Bank of Ireland and AIB have announced details of their voluntary redundancy schemes, which could see up to 3,500 workers leave the banks.

It had been expected that 750 people would leave Bank of Ireland, but that figure is now expected to be in excess of 1,000.

The bank says the scheme will affect staff in the Republic, Northern Ireland and Britain.

AIB is looking for 2,500 voluntary redundancies from its 14,000 employees.

Bank of Ireland announced 750 jobs cuts two years ago. After 350 staff left, the Department of Finance requested the bank to put the scheme on hold.

The Government wanted reduced redundancy payments to bring them into line with similar schemes in the public service.

Staff are discussing the terms of the schemes at a conference of the Irish Bank Officials' Association in Galway today.

Staff with more than two years' service will receive a minimum of €10,000.

There will also be a retraining grant and early retirement scheme for those between 55 and 60.

AIB is offering similar terms to the Bank of Ireland scheme.

The IBOA said although it was disappointed by the redundancies, it welcomes the fact these departures will be voluntary.

IBOA General Secretary Larry Broderick said it is recommending the proposals for acceptance in the ballot of members beginning next week.

The association has also called on the Government to come up with a strategy to address job losses in the sector.

Bank of Ireland Chief Executive Richie Boucher said that as the bank restructures "the overall number of people which we need to employ will regrettably reduce". 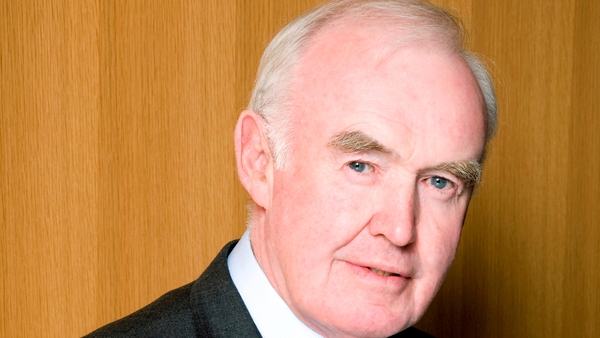 Bank of Ireland shares up despite downbeat AGM