There has been a rare sighting of a basking shark on the Irish east coast - at the entrance to Dún Laoghaire harbour.

The Irish Whale and Dolphin Group says the basking shark was spotted this morning by Ronan Mc Laughlin of the Naval Service vessel LE Ciara.

The IWDG says that while basking shark sightings are common at this time of year, only between 1% and 5% of all sightings have been off the east coast.

It says 2012 has been another very good year for sightings of this "honorary whale", with 78 validated sightings to date, almost all of which have come from the south and west coasts. 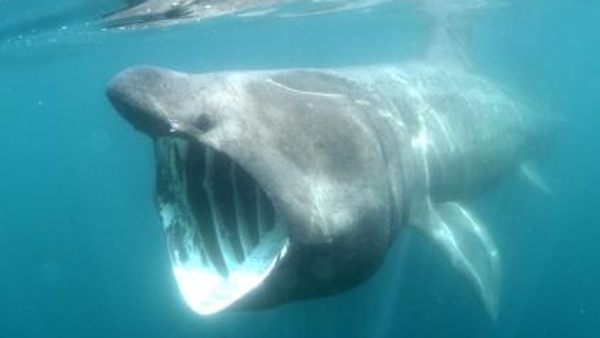