The undercover agent in the operation to foil an underwear bomb plot linked to al-Qaeda in the Arabian Peninsula (AQAP) was a British citizen.

Sources said the informant, who is possibly of Saudi origin, was working in co-operation with Britain's two principal spy agencies.

US officials revealed publicly on Monday that AQAP tried to arm a suicide bomber with a non-metallic device.

The device was an upgraded version of an "underwear bomb" that was carried onto a Detroit bound plane on Christmas Day 2009, but failed to detonate.

The device that authorities seized in the undercover operation contained what was intended to be a more reliable detonating mechanism, counterterrorism officials said.

US officials said earlier this week that the latest plot was foiled by the CIA and allied foreign intelligence services, without identifying the allies.

British authorities put heavy pressure on the Obama administration not to disclose Britain's role in the investigation.

Several US media outlets reported that Saudi Arabia was the key partner in the operation.

However, British intelligence played what appears to be a more central role in foiling the plot to send a suicide bomber onto an airplane.

The operation was a co-operative venture between Britain's domestic and foreign intelligence services known as MI5 and MI6, officials said.

A spokesman for Britain's Foreign Office declined to comment, saying that in such cases it never confirmed or denied the involvement of British intelligence.

A spokesman for British intelligence also declined to comment.

Several US officials said the operation was severely disrupted when leaks of some of the details began to surface.

Some officials said they believed the operation could have continued for at least another week or two if the leaks to the media had not occurred.

They said the leaks could have compromised operational security.

Once the leaks began to surface, authorities began to wind up the undercover operation and the explosive device was handed over to the FBI, which is examining it at its lab at Quantico, Virginia.

Some officials expressed concern that there may be other prototypes of the improved underwear bomb in circulation.

But US officials said they were unaware of any current specific active plots or threats directed against the United States.

US officials say the seized underwear bomb bears the hallmarks of fugitive Saudi militant Ibrahim Hassan al-Asiri, suspected of being a master bomb-maker working with AQAP.

Separately, the FBI is conducting a separate criminal investigation into leaks, a law enforcement official said. 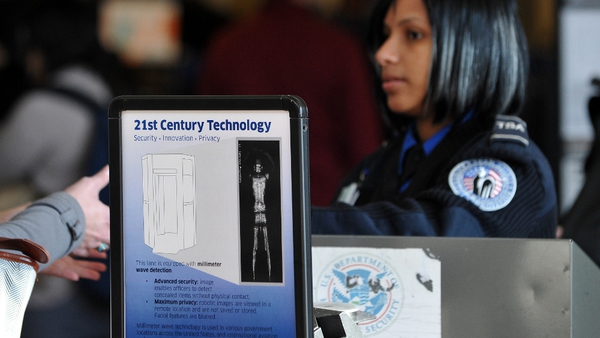 US confirms would-be suicide bomber was a 'double agent'