Greece's politicians have failed to agree a new government, sending the country hurtling towards a new vote.

Radical leftists are leading in the polls and poised to scrap the €130 billion bailout that staved off bankruptcy.

The prospect of a new election just weeks after an inconclusive vote that paralysed the most troubled country in the eurozone caused havoc in financial markets.

Outgoing finance minister Evangelos Venizelos, leader of the Socialist PASOK party, acknowledged his failure to form a government after he was spurned by radical leftist Alexis Tsipras, who has sworn to tear up the bailout.

"The moment of truth is here. I will inform the president tomorrow afternoon. I hope everybody shows maturity and responsibility in consultations with the president," he said.

President Karolos Papoulias will now have a last chance to meet all political leaders to convince them to agree a cabinet, although the odds of success are seen as scant.

If he fails as expected, he must call a new election for mid-June.

Mr Venizelos's PASOK party and its conservative New Democracy partners dominated the country for generations but were punished by voters for jointly agreeing the bailout.

Sunday's vote saw their combined share fall to 32% from 77%.

German Finance Minister Wolfgang Schaeuble said Europe and the International Monetary Fund were still determined to help Greece, but the country could not be helped if it did not help itself.

The EU and IMF say they will not give Greece any more money under the bailout until it has a government in place that renews its commitment to the terms agreed last year.

Greece could run out of money as soon as the end of June if the loans stop. 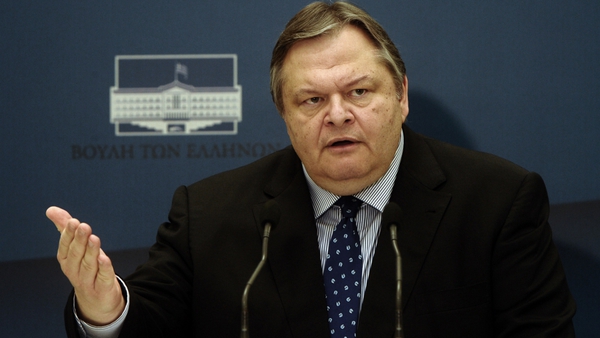