Nurses and midwives have warned that they will not tolerate attempts by the Government or the HSE to impose further pay cuts to allowances or premium pay entitlements.

At the annual conference of the Irish Nurses and Midwives Organisation in Killarney, nurses were urged to meet any such moves with “forced resistance.”

INMO Director of Industrial Relations Phil Ní Sheaghdha said that allowances and premium rates were core pay and the Croke Park agreement did not allow for any cuts in these areas.

She told the conference that industrial peace was agreed on this basis.

The conference passed a motion opposing any cuts to allowances, premiums or increments.

Meanwhile, the INMO is carrying out a survey of 300 hospital wards today in order to determine correct staffing levels.

Speaking on RTÉ's Today with Pat Kenny, INMO General Secretary Liam Doran said it is one of a number of initiatives being carried out to allow members to assess how many staff are actually needed. 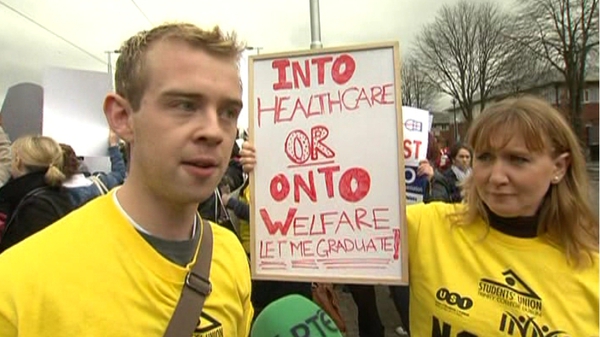