UN-Arab League envoy Kofi Annan has said his peace plan could be the last chance to avoid civil war in Syria.

Mr Annan told the UN Security Council that the priority in Syria is "to stop the killing," and expressed concern that torture, mass arrests and other human rights violations are intensifying.

Regime forces "continue to press against the population," despite a putative truce that started on 12 April, but attacks are more discrete because of the presence of UN military observers, diplomats quoted him as saying.

"The biggest priority, first of all we need to stop the killing," Mr Annan told reporters in Geneva, adding that his six-point peace plan is "the only remaining chance to stabilise the country."

Mr Annan briefed the council on his efforts to get President Bashar al-Assad to implement the plan, which he said was possibly "the last chance to avoid civil war."

He stressed, however, that the peace bid was not an "open-ended" opportunity for Assad, the diplomats who attended the briefing said.

US ambassador to the UN Susan Rice said Washington's goal was still the removal of Assad.

"The United States remains focused on increasing the pressure on the Assad regime and on Assad himself to step down," Rice said.

"The situation in Syria remains dire, especially for the millions who continue to endure daily attacks and are in urgent need of humanitarian assistance," she told reporters after Annan's briefing.

British ambassador Mark Lyall Grant said Annan told the council he intends to return to Damascus in the coming days, only the second visit since his mission began earlier this year.

Mr Annan updated the UN body on the status of his six-point plan, which includes a UN military observer mission, a day after UN chief Ban Ki-moon warned world powers are racing against time to prevent all-out civil war in Syria.

Mr Annan said that the current 60 or so observers on the ground "have had a calming effect" and the deployment by the end of the month of a 300-strong team will see a "much greater impact."

There has been a decrease in military activities but there have been "serious violations" of the agreed ceasefire and there have also been attacks on government troops and facilities, he said.

"The need for human rights abuses to come to an end cannot be underestimated," he stressed.

"This is what the plan is all about."

The Syrian Observatory for Human Rights said almost 12,000, the majority of them civilians, have died since the revolt broke out in March 2011.

The Britain-based watchdog said of the total, some 800 had died since the truce was supposed to take effect.

On Tuesday, at least six civilians were killed.

The unrest has persisted despite the presence of UN observers monitoring the truce and parliamentary elections on Monday as part of the government's pledge to implement reforms.

The opposition boycotted the vote, denouncing it as a sham. The United States said the exercise was "bordering on ludicrous."

Turkish Prime Minister Recep Tayyip Erdogan said he was losing hope for a solution and urged the UN to bolster its observer mission to up to 3,000 rather than the 300 authorised under a Security Council resolution.

"The UN should bolster its mission to Syria with up to 3,000 observers to give a full picture of the situation in the country," Erdogan said.

"We support the Annan plan but if someone were to ask me what my hopes are, I would say I have lost hope."

The United Nations has accused both the Syrian regime and rebels of violating the truce, and China urged all parties to honour their commitments.

"All parties in Syria must abide by their ceasefire commitments, support and cooperate with the work of the UN supervision team, to create the conditions to launch an inclusive political process as soon as possible," Foreign Minister Yang Jiechi said during a visit by opposition Syrian National Council chief Burhan Ghalioun.

The International Committee of the Red Cross appealed for €20m to step up its aid to Syria, warning that the humanitarian costs of the conflict were continuing to mount.

The group has been working alongside the Syrian Arab Red Crescent to bring humanitarian relief to about 1.5 million people affected by the bloodshed. 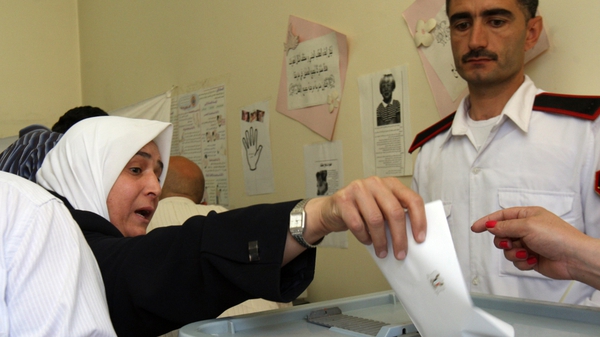