The anticipated discovery of a sunken German submarine in Lough Foyle turned out to be a sonic illusion, it has been announced.

A search team from Mallow, Co Cork, using sonar equipment came across what they believed to be a wreck on the lough bed near Derry in recent weeks.

But the outline of what was thought to be a rare German midget U-boat turned out to be just that - an outline.

Northern Ireland Environment Minister Alex Attwood had called in marine experts to check if it was a submerged sub or shipwreck.

They carried out a series of sonar surveys in the lough, which was once a major naval base during the Second World War.

"The original image that excited interest was the form of a 'sonic illusion'. When the site was scoped out the sonar exaggerated and enlarged what is there in the sweep around the site.

"There is no doubt for a moment there was a thrilling possibility which has now not come to pass. I do share a sense of disappointment."

The search and rescue team from Mallow was told to keep the location and the details quiet until the checks were completed.

There were even fears in Derry that any unexploded device on board could be a threat to divers. 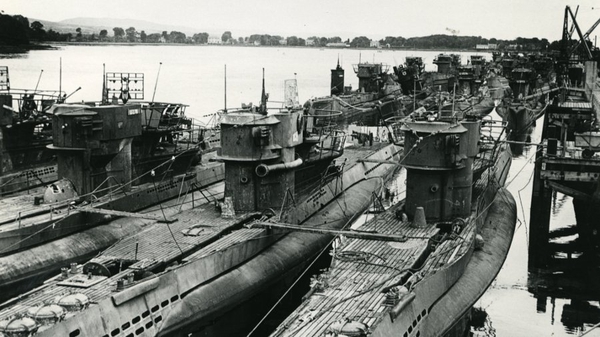