The Technical Engineering and Electrical Union has decided to recommend a No vote on the fiscal treaty to its 40,000 members.

General Secretary Eamon Devoy said the treaty would copper-fasten austerity, which was not working.

He called for a stimulus package, including job creation in the public service, to counter the effects of the economic crisis.

A number of unions, including Unite and retail union Mandate, have already come out against the fiscal treaty.

Mr Devoy said the treaty did nothing for workers.

He said the Government needed to refocus and invest in jobs and that the treaty would not achieve that.

The executive council of the Irish Congress of Trade Unions meets on Wednesday to decide whether to recommend a Yes or No vote.

Unite is to press ICTU to recommend a No vote in the referendum.

Sources believe the ICTU executive may refuse to come down on one side or the other and instead leave it up to individual unions to adopt a position.

But it remains to be seen how union members might influence the outcome of the treaty vote.

Elsewhere, Independent Senator David Norris has told the Seanad that a contract, extracted out of duress, has no legal standing whatsoever.

He was referring to the treaty and the fact that ICTU General Secretary David Begg is the only union person to say Ireland should sign it "because we have a gun to our heads".

Senator Norris called for a postponement of a debate on the treaty in the Seanad until the terms of the treaty become clearer.

Minister for Trade and Development Joe Costello told the Seanad that a No vote will leave Ireland without an important safety net.

Fine Gael Senator Michael Mullins said he was disappointed that the unions are encouraging their members to vote No in the referendum, as he thought that every union member has a vested interest in job creation.

Independent Senator Martin McAleese said the Government must convince us that the treaty is not alone about saving the euro, but that it is just as much about Irish economic recovery and thereby securing jobs. 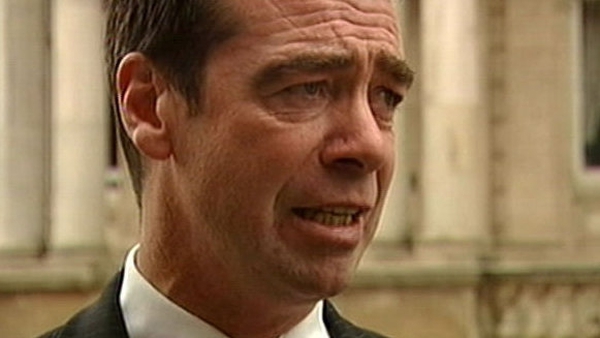 Mandate union advising members to vote No to fiscal treaty