A former EU Commission President and Italian Prime Minster has said that "Europe is lost" and risked "revolt" unless a recovery path was devised.

Speaking on RTÉ's This Week programme, Romano Prodi said that no hope was currently being offered to the people of Europe and that austerity without sufficient emphasis on growth would lead to revolt.

"In Ireland too people are suffering, like they are suffering in Italy. This is a moment in which you can impose severity, but you must give a light at the end to the tunnel,” he said.

When asked if he saw signs that the EU was focused on a path to recovery, he said: "This is not the end of the tunnel after such deep crisis. We must elaborate together, as European countries, a policy of recovery. You must give strong hope starting from the second part of next year."

Recovery would be achieved he said, through a changed role for the European Central Bank, the issuing of Eurobonds and a EU strategy for recovery.

Mr Prodi said that the issuing of Eurobonds was vital to Europe's recovery.

The former Italian Prime Minister also said that the proposed solutions for the eurozone's economic problems proposed at the recent summit in March were "in the right direction but were all late and all insufficient in dimension".

"They are in a trap too in some ways because if there is a break-up of the euro, do you really think that the possible German euro will go to 1.2 times the South European euro?. No, it will put the German exports completely in difficulties and they cannot afford it".

He said that the European Central Bank's role also needs to be changed, by treaty change if necessary, if Europe is to compete with Asia as an industrial 'cluster':

He criticised the attitudes of European countries towards one another and what he described as a North versus South dynamic, in which domestic debates consistently pit Germany against peripheral countries.

Turning to Ireland, he said that there are causes for hope, but that the emigration of skilled young people was a threat to the country's economic recovery.

"Ireland, in this moment, is a question mark. But for the dimension of the country, for the presence of multinationals and there still exists the attraction for multinationals.

“You must fix up your financial situation, but in the meantime you must stop the flow of your young people going abroad. Do you think we can build our future without our best people?" 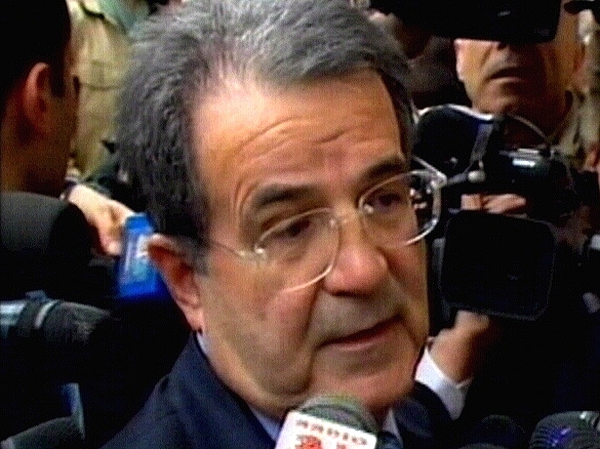 Italy's Prodi asked to stay on as PM