Cuts to public funding mean private third-level colleges will play a much greater role in the future.

He said that at a time of cutbacks, and because of close links to industry, private colleges were often in a better position to deliver better programmes.

He said at present almost 96% of students attended public colleges, but that figure would change in coming years.

Mr Hennessy criticised what he called very restrictive work practices imposed in Higher Education institutions because they were regarded as part of the public service.

The former head of Ericsson Ireland said ways needed to be found to "unshackle" publicly funded universities and colleges so that they could employ what he called appropriate modern HR practices.

In a speech to the Higher Education Colleges Association, which represents private third-level colleges, Mr Hennessy said private institutions were already providing around a third of all education places under the Government's Springboard initiative.

That programme provides education opportunities for the unemployed.

A trade union representing third-level teachers has criticised the remarks.

In a statement, the Irish Federation of University Teachers said Mr Hennessy's entire motivation seemed to be profit and managerial convenience.

The union said productivity in Irish universities was among the highest in the world and had been recognised as such by numerous international studies.

IFUT said it was a source of major disappointment that Mr Hennessy would call for such changes with no mention of educational standards being taken into account. 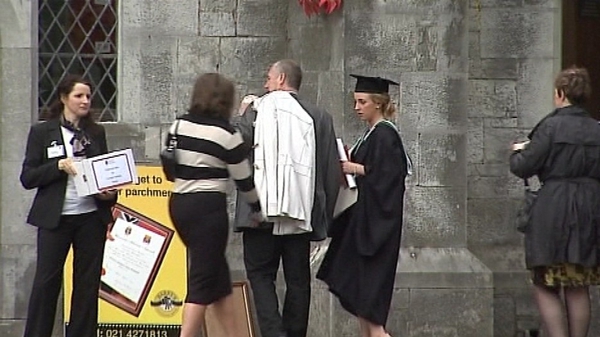