The Campaign against Household & Water Charges has rejected Government claims that water charges are being introduced to promote conservation.

At a press briefing in Buswells Hotel in Dublin, the group said "attempts by the Government to portray the water tax as being about water conservation is total nonsense".

The campaign insists that the introduction of water meters will not solve the problem of water wastage.

Independent TD Luke ‘Ming’ Flanagan said most water wastage is caused by leaks in pipe systems that need huge investment to make them fit for purpose.

The campaign has vowed to continue telling the public to oppose water charges, due to be introduced in 2014.

Yesterday, Taoiseach Enda Kenny said "careful and prudent" use of water should mean that no-one would have their water supply switched off.

"Government has made the point that this is a very precious commodity, fundamental indeed to life," he said.

"What we want here is to introduce a regime where prudence and good care and consideration are rewarded.

"All public utilities have in place a regime to deal with people who have difficulties with one sort or another.

“Obviously in this case, where water is involved, Government will make the decision as to the amount of water to be allocated free before any charge would apply.” 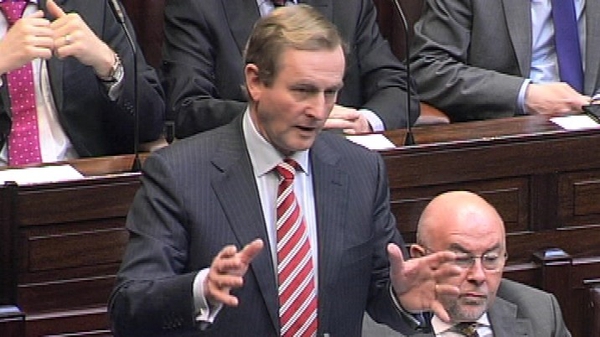