Fianna Fáil leader Micheál Martin has said the timetable for the fiscal treaty referendum was too rushed.

Addressing the Oireachtas Sub-Committee on the treaty, he also said the debate on the issue is being badly handled.

Mr Martin said the schedule ignored the strong advice of the Referendum Commission and the experience of past polls pointing to the need for a longer period of preparation.

He said it would have been more reasonable to allow at least an extra month for debate.

Mr Martin also told the committee it was a myth to say that the referendum would have a negative impact on our national budgets.

He said in fact it may make budget decisions easier than they otherwise might have been.

Tánaiste and Minister for Foreign Affairs Eamon Gilmore said he hoped a copy of the treaty text along with an explanatory document would be circulated to every home in the country early next month.

He said that much of what we enjoy depends on Europe being a successful economy and there was a shared responsibility to ensure that Europe is successful.

Mr Gilmore said we were still seeing some signs that would cause some worry and that was all the more reason to put in place measures to secure the euro.

This was an important message for investors, he said.

Socialist Party leader Joe Higgins told the committee that the treaty will have a dramatic deteriorating effect on economies across the European Union.

He said the European Commission will be given more power to implement savage cuts, which will mean more austerity measures for everyone.

Independent TD Catherine Murphy told the sub-committee that she is uncertain about the level of stability that the treaty will provide.

She said it was about providing an insurance policy to those countries who had lent recklessly to peripheral countries to get their money back.

Deputy Murphy said, if passed, the treaty would have a profound impact on people on low and middle incomes, and eliminates the prospect of debt writedown.

She said the treaty effectively puts a gun to the heads of countries who are being made borrow from the ESM.

Ms Murphy also expressed concern about the wording of the referendum and she queried why it was being given such a superior elevation in our Constitution. 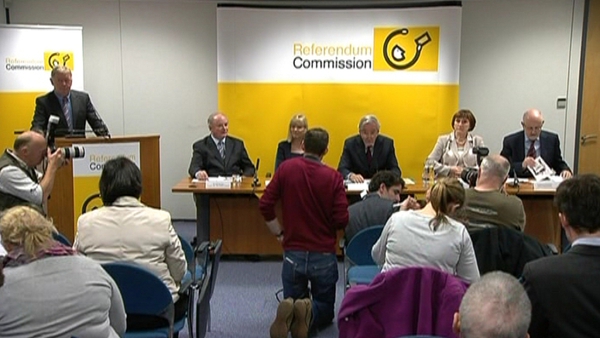