Hundreds of students in China are to be given the chance to study for a degree in pharmaceutical science, awarded by Queen's University Belfast, as part of a new venture.

The programme will be available at the China Medical University's new campus in Shenyang, where Queen's is to establish a joint college.

Shenyang is a city of 14 million people and is an important industrial centre.

The announcement coincides with the visit to Northern Ireland of the highest-ranking female politician in China's Communist Party, Madame Liu Yandong.

Queen's University Belfast already has strong ties with China going back several years, including the Science Bridge Programme linking it to many of the country's leading Engineering universities.

Now Queen’s is going one step further and is establishing a presence on the new campus of the China Medical University in the northeastern city of Shenyang.

Around 250 students a year are expected to enrol in its pharmaceutical science course.

They will be trained jointly by staff from both universities.

It is hoped that Chinese students will be able to embark on their degrees in the autumn of 2013.

The President and Vice Chancellor of Queen's University, Sir Peter Gregson, described the venture as an exciting development.

He said it would provide ''many opportunities and deliver real outcomes for society in China, in the UK and in Ireland.''

Northern Ireland Minister for Employment & Learning Stephen Farry said the ''innovative venture highlights the value of international higher education collaboration and will bring many long-term academic, economic and social benefits to both the institutions and the people they serve." 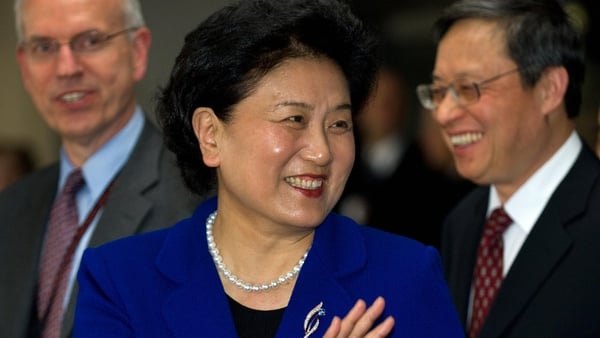