The Bord Na Móna group of unions has decided to recommend to workers the acceptance of a new pay offer aimed at averting strike action at the company.

Group Secretary Oliver McDonagh said the group discussed the issue and felt the present offer was the best available in the present economic circumstances.

2,000 workers at the peat company have already voted in favour of strike action in a dispute over the failure of the company to pay the national pay deal increase of 3%.

However, in the past few days Bord na Móna offered the workers a cash settlement of €1,000 each alongside an immediate pay increase of 1.7%.

The offer is further supplemented by an additional pay increase of 1.7% to be based on performance, which would be paid to the workers in two years' time if this offer is accepted by the unions.

The group of unions will now be asking workers to ballot on accepting it.

Each union in the group will meet with workers individually before a further ballot recommending acceptance will take place.

Meanwhile, Minister for Arts, Heritage and Tourism Jimmy Deenihan has said that they are continuing to monitor compliance with the Habitats Directive in relation to the protection of SAC raised bogs, and to investigate where breaches may occur.

The sanctions available where the law is breached include prosecution, the impounding of machinery, and the recovery of remediation and restoration costs from individuals who have caused environmental damage.

In addition, people who carry out unauthorised works or permit such works to be carried out on these sites may jeopardise the receipt of compensation under the Cessation of Turf Cutting Compensation Scheme, administered by the Department. 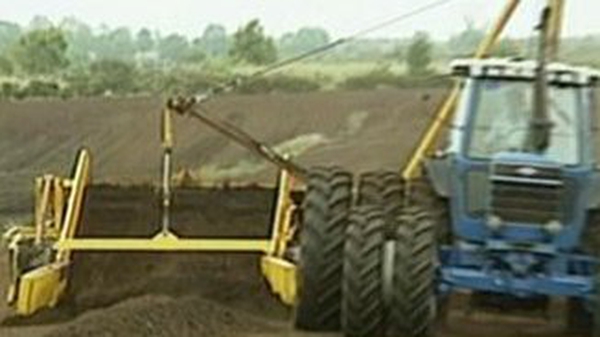