Syria has announced that it will cease military operations against rebel fighters from tomorrow.

Peace envoy Kofi Annan had set 12 April as the deadline for a halt to 13 months of bloodshed.

Mr Annan said he had received a written pledge from Syria to halt military operations from dawn tomorrow.

The pledge came despite renewed assaults on protest centres today that killed 11 civilians, according to monitors.

"It has been decided to stop these (military) operations from Thursday morning," state television quoted a defence ministry official as saying.

The decision was taken after regime forces "completed successful operations in combating the criminal acts of the armed terrorist groups and enforced the state's rule over its territory," the official added.

Armed forces will "remain on standby to retaliate against any attack by the armed terrorist groups against civilians, the security services, armed forces, or private or public property," the official said.

Mr Annan received a letter from Foreign Minister Walid Muallem setting out the undertaking in writing, his spokesman said.

Syria promised to "cease all military fighting throughout Syrian territory as of 6am (4am Irish time) tomorrow, while reserving the right to respond proportionately to any attacks carried out by armed terrorist groups against civilians, government forces or public and private property".

The UN and Arab League envoy had expressed cautious optimism that his peace plan could still be salvaged, despite the renewed bloodshed today.

Regime forces killed at least 11 civilians in bombardments of rebel neighbourhoods of the city of Homs and other protest centres, the Syrian Observatory for Human Rights said.

Reports from Syria cannot be independently verified as the government has barred international journalists and rights groups.

Speaking in Tehran, Mr Annan said he expected the situation to be "much improved" by tomorrow's ceasefire deadline if both sides respected his six-point peace plan.

He said: "If everyone respects, I think by six o'clock on Thursday the 12th ... we should see a much improved situation on the ground."

Syria has given "further clarifications" over how it would implement its side of the plan, he added.

"What they mean and want is an assurance that the other forces, the opposition forces, would also stop the fighting so that we could see cessation of all the violence," he said.

Mr Annan said his team has "had positive answers from them" and that "governments with influence" had also been approached to ensure all sides respect the ceasefire.

Syria's sympathisers on the UN Security Council, China and Russia, also piled pressure on the regime to abide by the peace plan.

"China once again calls on the Syrian government to respond to the six-point proposal," foreign ministry spokesman Liu Weimin said.

Russian Foreign Minister Sergei Lavrov criticised the Syrian authorities for not heeding the peace plan more swiftly, saying "their action could have been more active (and) more decisive". 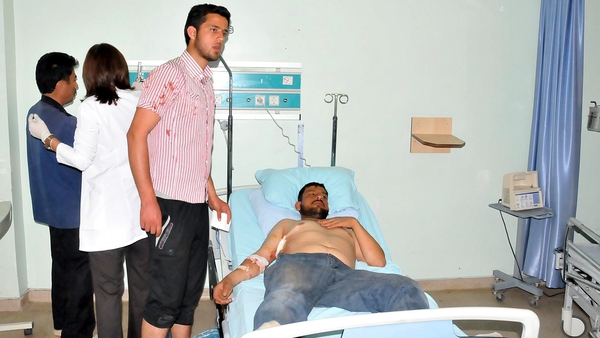