The Catholic School Partnership has broadly welcomed a report on the future of primary education, which calls for a review of a rule which obliges national schools to place religion at the heart of all their activities.

Speaking on RTÉ's News At One, Fr Michael Drumm said that the rules were published in 1965 and were outdated and needed to be rewritten.

Fr Drumm said that he believed that Rule 68, which described religion as the most important subject in the curriculum, needed to be included in any such review.

However, Fr Drumm also said:"There are certain recommendations about stand-alone schools which may be open to misinterpretation and I hope we can clarify that."

The report has been issued by the Forum on Patronage and Pluralism which was set up to make recommendations on how the primary education system might meet the needs of Ireland's modern and diverse population.

The report also sets out a template whereby the divesting of Catholic schools in up to 47 areas across the country can begin.

The forum was established by Minister for Education Ruairi Quinn in response to the widespread view that the primary education system no longer meets the needs of Ireland's modern and diverse population.

Speaking on the publication of the report, the minister said he would meet the stakeholders in education in around a month's time to start a dialogue on to how to implement its recommendations.

He said a White Paper would also be drawn up to produce a roadmap for change.

Mr Quinn said that, personally, he was broadly supportive of the recommendations contained in the report.

He said the country had changed and in the second decade of the 21st century there had to be respect for diversity and different beliefs. He said everybody knew that that was a reality.

Mr Quinn said our primary education system was 180 years old and needed to be adapted.

Senator Healy Eames said the policy "shows a lack of understanding and joined-up thinking for at best short-term fiscal gain."

She added: "It will not solve our problems. It must be stopped now."

Minister Quinn denied his policy is poorly thought out.

It is a three-year programme rather than a one-year, once-off programme and this indicates it is very clearly thought out, he said.

He added that when the report into the 600 schools with less than 50 pupils is published in a matter of weeks, he would invite all interested parties to get involved in the debate and look at how to deal with the future. 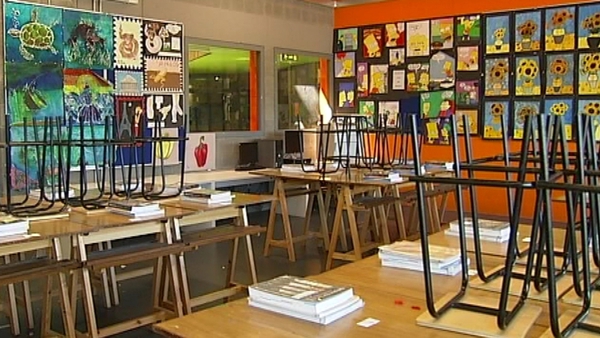 Focus on 'Rule 68' amid push for school reform