A cruise liner recreating the voyage of the Titanic set sail today from Southampton, with its first stop due in Cobh, Co Cork, tomorrow.

The MS Balmoral is embarking on a memorial voyage to honour the 1,500 people who lost their lives when the liner sank after hitting an iceberg in the North Atlantic in 1912.

The same number of 1,309 passengers - not including crew - are aboard the MS Balmoral as on the ill-fated ship with around 50 having a direct family connection to the sinking.

A service will take place at the time it sank.

The ship also has the same port of departure in an effort to recreate the voyage of arguably the most famous ship of all time at a cost of between £2,799 and £5,995 per person.

But the Balmoral had to leave two days earlier than the Titanic did as it cannot steam as fast.

In keeping with the theme, food on board is from the menus of the White Star Line ship that sank on 15 April 1912 with the loss of more than 1,500 lives.

The organisers have even hired a band - the five-piece Grupetto from Belgium - to play era style music in honour of the Titanic's musicians who are said to have played until the ship sank.

People from 28 different countries have booked to travel and retrace the liner's original route.

Many turned up in Southampton today in period costume dressed as first class passengers, crew or steerage passengers.

All must be hoping this particular ship makes it to New York - unlike its predecessor.

There will be a special memorial service for passengers above the wreck site on 14 April starting at 11.40pm, when the ship hit the iceberg and another at 2.20am on 15 April when it sank.

Those who have paid to go are from Australia, Canada, the Caribbean, England, France, Germany, Ireland, Norway, Sweden, Switzerland, South America and the United States. 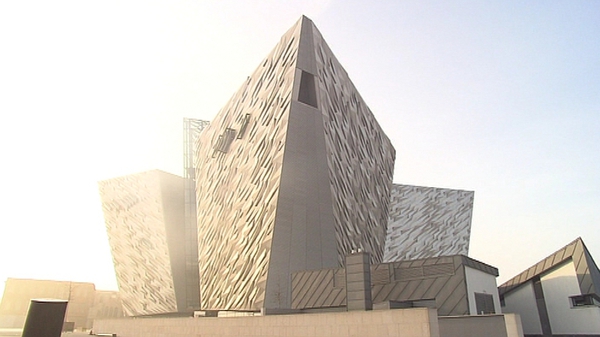