Supporters of French hardline leftist Jean-Luc Melenchon will be urged to vote for Socialist Francois Hollande in a presidential election run-off against incumbent Nicolas Sarkozy, a spokeswoman said today.

Mr Hollande and Mr Sarkozy top the field of 10 candidates for the first round on 22 April and are likely to go through to a 6 May run-off.

Mr Melenchon, who quit the Socialist party in 2008, is backed by the Left Front, a coalition of Communists, his own Left Party and others who believe the Socialists have lost their soul.

He has leapfrogged into third place in the polls and often draws bigger crowds than either of the frontrunners.

While Mr Melenchon himself rarely says so explicitly, Mr Autain made it clear that the Left Front wanted to capitalise on the former Trotskyist's success and secure a role in government if the left wins.

"We will call for a victory over Sarkozy and we will vote for the left-wing candidate who's in front," Mr Autain said.

"We want to ensure the left's success. We would like to see the political conditions emerge for us to take part in government," she said in an interview on RMC radio.

Mr Melenchon, who promises among other things a 20% rise in the statutory minimum wage and a maximum salary of €360,000 a year, has stopped short of stating outright that he would urge his backers to vote for Mr Hollande in a run-off.

Polls show between 70% and 90% of his supporters say they would vote for the Socialist if their own candidate is eliminated in the first round as expected.

Mr Melenchon has overtaken far-right candidate Marine Le Pen in several polls as the third-ranked candidate but he remains well short of Mr Hollande and Mr Sarkozy, who are polling at 25% and 30% respectively.

France's presidential election will be immediately followed by parliamentary elections, which the left last won in 1997, paving the way for five years of government by a Socialist-led coalition that included Communists and environmentalist Greens. 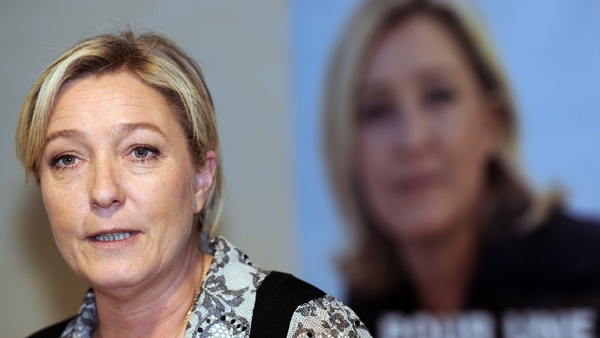