Syria has pledged to withdraw all military units from towns by 10 April to pave the way for a full ceasefire with rebels two days later, a spokesman for Kofi Annan said.

Mr Annan told them that there had been no reduction in violence so far, but urged them to consider an observer mission nevertheless, diplomats said.

The UN says more than 9,000 people have been killed in in Syria in the past year.

Some Western diplomats expressed scepticism about the latest pledge from Syria, which has repeatedly promised to end a year-long assault on anti-government activists that has brought the country to the brink of civil war.

"The Syrians have told us they have put a plan in place for withdrawing their army units from populated zones and surrounding areas. This plan ... will be completed by April 10," Mr Annan's spokesman Ahmad Fawzi said in Geneva.

"If we are able to verify this has happened on the 10th, then the clock starts ticking on the cessation of hostilities, by the opposition as well. We expect both sides to cease hostilities within 48 hours," he said.

Mr Annan met Syrian President Bashar al-Assad in Damascus on 10 March and presented him with a six-point plan calling for the military pullout.

His spokesman said a week ago that Mr Assad had accepted the terms, adding that the "the deadline is now".

US Ambassador to the UN Susan Rice said several council members had "expressed concern that the government of Syria not use the next days to intensify the violence".

One diplomat said Mr Annan confirmed to council members that there had been "no progress on the ground" towards halting the violence. 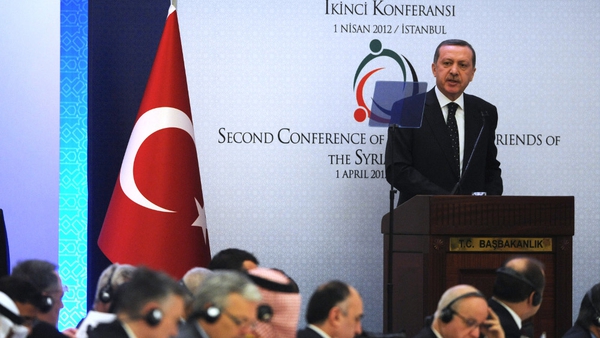