Unemployment in the eurozone area has hit its highest level since the single currency was introduced 13 years ago.

Figures issued by the EU's statistics agency Eurostat found that average unemployment across the eurozone had risen to 10.8% in February, up 0.1% from the previous month.

Over 17m Europeans are out of work, with countries who have undergone rescue programmes, such as Ireland, Greece and Portugal, recording the highest levels.

Spain has the worst figures with 23.6% of the population out of work, rising to over 50% among the under 25s.

In contrast, Austria, which has urged strong fiscal discipline, has an unemployment rate of just 4.2%.

The outlook has been made worse by the announcement that manufacturing output fell in the first quarter of 2012 by a higher than anticipated amount.

The announcement increased fears that Europe is heading back into recession, one that may not be mild as that forecast by the European Commission last month. 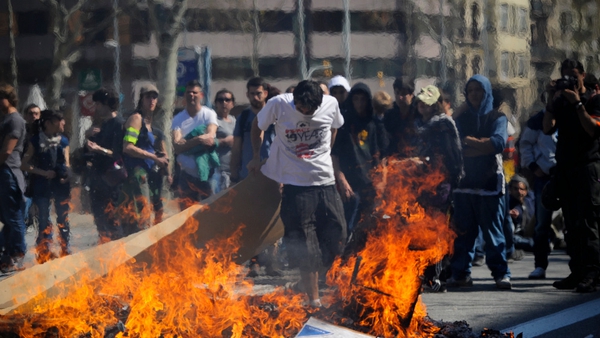