Former Vita Cortex workers in Co Cork have told management that the gates to the premises will remain locked.

The protesters blocked the factory gates last Friday to stop trucks making deliveries and collections to and from a sister business, Vita Clean, on the same site.

Between six to eight people are employed at Vita Clean.

Protesters made their intentions clear to a company representative who visited the plant this morning.

Meanwhile, SIPTU has made no official comment on the workers' action.

A spokesman for owner Jack Ronan said this morning he was considering this latest development.

It is now 109 days since the sit-in at the Kinsale Road plant began. 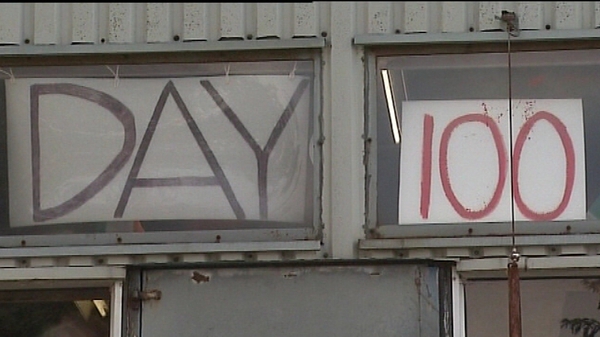