The identities of the three winners of the largest lottery jackpot in US history remain a mystery.

The whopping jackpot of $656m will be shared by the buyers of three winning Mega Millions tickets in Illinois, Kansas and Maryland.

At least two of the winners' tickets were "quick picks."

Officials said winning tickets were purchased at a 7-Eleven store in Milford Mill, Maryland, near Baltimore, and the Motomart convenience store in Red Bud, Illinois.

The Kansas Lottery said a winning ticket was sold in the most populated northeastern part of the state but did not give the precise location.

Winners could receive either a one-time payment of their share or take it in 26 annual instalment payments.

The three tickets each were worth more than $213m before taxes, if the payout was over 26 years. If taken in a lump sum, the windfall would be about $105.1 million, officials said.

"Each of the winners gets $105.1m in cash after taxes roughly, but who cares about pennies at this point?" said Carole Everett, spokeswoman for the Maryland Lottery.

No matter who wins the jackpot, one certain winner is the US Internal Revenue Service. The tax-collecting agency subjects lottery winnings of more than $5,000 to a 25% federal withholding tax. 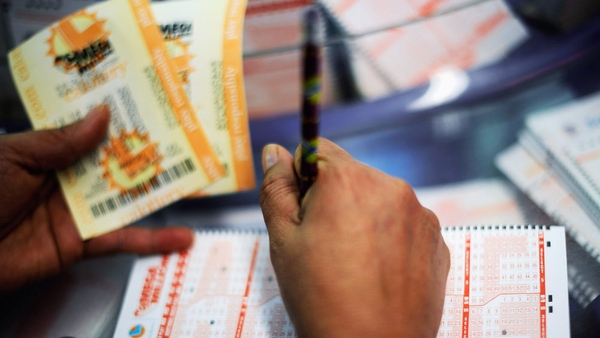