New details have emerged about commitments the State gave to the Catholic bishops regarding the development of a new model of primary school education.

Protestant church leaders and teachers warned that this would be divisive.

VEC officials warned that it could be seen as the segregation of white Catholic children from non-white newcomers.

However a Catholic Church representative has said he has a very serious problem with the way RTE has represented the issue.

Speaking on RTE's Drivetime programme, Father Michael Drumm of the Catholic Schools' Partnership said the way the story was being represented was "completely at odds with the truth".

In 2008, the State introduced a brand new model of primary school called the Community National School in response to a dramatic and unprecedented rise in immigration.

Its aim was to meet a growing need for non-Catholic schools.

When the first two schools opened that year, almost 80% of their pupils were non-Catholics.

The documents released to RTE indicate that from the start the State gave a commitment to the Catholic bishops that Catholic children in the new schools would receive a fully Catholic religious education.

This meant that children would have to be separated according to their beliefs for Religious Education.

But when the schools and VEC officials were told this they reacted with concern.

According to these documents, VEC officials said the move was likely to be seen as the segregation of white Catholic children from non-white newcomers.

Teachers called the move divisive. The principals said it went against the schools' ethos of equality. Protestant leaders had earlier signalled their opposition to such a move.

In the end it was agreed to segregate children for religious education for a number of weeks per year at Eastertime.

There are now five Community National Schools in operation in Dublin and surrounding counties and more are planned to open in coming years.

Responding, a senior educationalist said she is surprised "to put it mildly" by revelations in the documents.

Professor Aine Hyland said she was surprised to see the State still deferring to the church, as it had done in the past.

She said there was no ambiguity in the Constitution that it was for parents and the family, not any of the churches, to decide on the education of their children.

Ms Hyland is Emeritus Professor of Education at UCC and a founder member of the first Multidenominational school established here, the Dalkey School Project.

However speaking on RTE's Drivetime, Fr Michael Drumm said it was up to the minister to decide on school policy and there was no point in blaming the church.

A statement from the Irish Catholic Bishops' Conference said they rejected what they said was the contention that the Community National Schools' Programme to teach religion to pupils was proposed and designed by the Catholic Church. 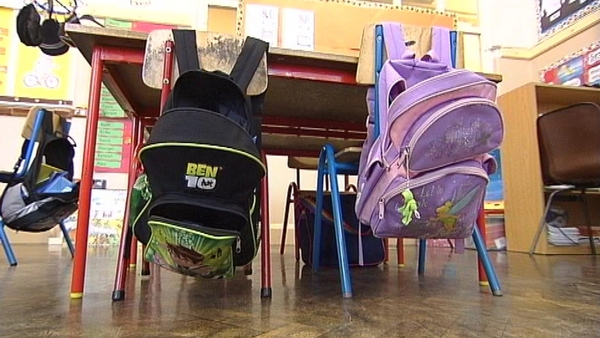