The Irish glass bottle site in Ringsend and an 11-acre site on the south circular road in Dublin have been identified by NAMA as possible locations for the new National Children's hospital.

Speaking in the Dáil today, Minister for Health James Reilly said the Agency had identified 11 possible sites for the hospital.

The expert group on the new hospital is due to hold its first meeting this week.

Dr Reilly did not reveal the sites identified by NAMA but sources say they include the Irish Glass Bottle site, which was bought in 2006 for €411m.

Another site identified by NAMA relates to some 30,000 square metres of vacant space in the Elm Park development on Merrion Road close to St Vincent’s Hospital.

Other NAMA sites already in the public domain include 15 acres at North wall quay and another site close to Newlands Cross.

Dr Reilly said the expert group would not be inspecting sites, as this could delay the process by years, but said it would advise on the pros and cons of each option so the Government can make a decision.

Separately, a number of alternative proposals have emerged since An Bord Pleanála refused to grant planning permission for the hospital at the Mater site.

They include sites at the Coombe and Connolly hospitals, and two other greenfield sites - one offered by Noel Smyth near Newlands cross and another one near the airport offered by a group of farmers. 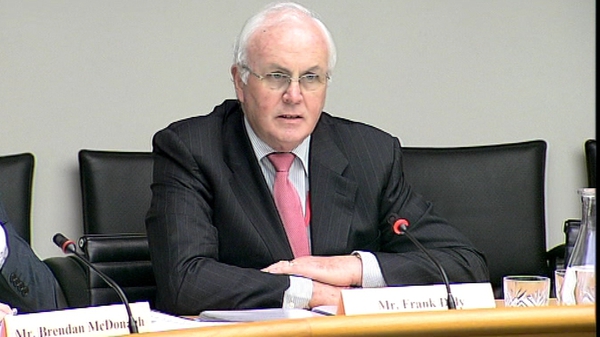