Taoiseach Enda Kenny has said that a strategic partnership to be finalised tomorrow between Ireland and China will bring the relationship to a new level.

The agreement will formalise co-operation across a range of areas, including two-way investment.

It will also deal with Ireland's role as a gateway to Europe for China, science and technology, agriculture and food, and cultural, education and environmental protection.

Seven other European counties have similar agreements with China.

Mr Kenny was speaking after his meeting with Chinese Prime Minister Wen Jiabao.

The NTMA signed a memorandum of understanding with China's sovereign wealth fund at the same meeting.

The memorandum is aimed at a range of assets in Ireland, including infrastructure and property.

Mr Kenny said it was a significant development. 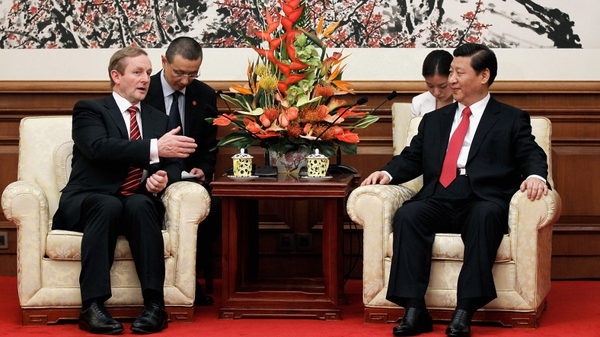