Almost 23% of people had paid the Household Charge by close of business today.

More than 363,000 payments have been processed and a further 25,000 have been received by post but have not yet been inputted into the system. That is an increase of 35,000 since Friday.

People have until Saturday, 31 March, to pay the charge which can be sent by post or paid at local authority offices.

The Local Government Management Agency - who are responsible for collecting the charge - say the amount of payments received by post has trebled in the past week, but that over 80% of the payments processed to date have been made online.

The LGMA said it has received no formal instruction to send council staff door-to-door to collect the payment.

The idea for issuing the personal reminders was first raised by Minister for the Environment Phil Hogan at the weekend.

Mick O'Reilly of the Dublin Council of Trade Unions said the suggestion was outrageous.

Mr O'Reilly said that where individuals refuse to carry out these instructions they should be fully supported by the trade union movement.

Meanwhile, the Household Charge Act and the Statutory Instrument regarding the Act have been translated into Irish and are now available as Gaeilge on the Environment Department website.

Nearly two weeks ago the High Court granted permission to take a Judicial Review case challenging the Act on the grounds that is was not available in Irish. 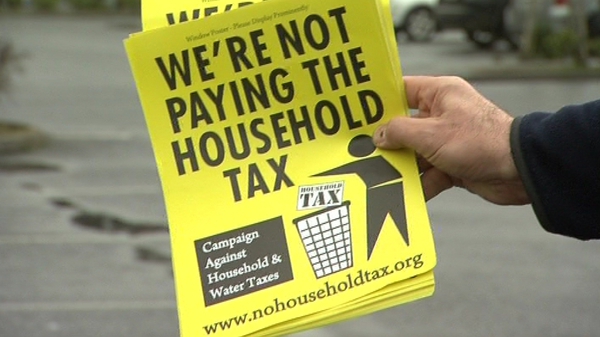 How to pay your household charge