The Taoiseach will meet traders when he visits the New York Stock Exchange tomorrow.

Enda Kenny, who is on a six-day tour of the United States, will ring the opening bell.

Mr Kenny will attend a series of high profile engagements in Washington on Tuesday.

He will have a private meeting with President Barack Obama in the Oval Office and there will be a St Patrick's Day reception at the White House later.

Speaker of the House of Representatives John Boehner will also host a St Patrick's Day lunch on Capitol Hill.

Mr Kenny was in Chicago yesterday for St Patrick's Day, where he marched in the parade alongside the city's mayor Rahm Emanuel.

Elsewhere, Mr Obama enjoyed another pint of Guinness as he joined his distant relative Henry Healy in a Washington pub.

The Chief Executive of Tourism Ireland has said he believes international publicity created by the St Patrick's Day parade and other festival events will be much bigger than in 2011.

Last year's festival generated over €50m worth of international publicity.

The global greening project, involving famous buildings and landmarks around the world being lit up in green, raised €5m worth of international publicity in 2011.

Niall Gibbons said he expected the figure would be even bigger for 2012 because even more buildings were going green around the world this year.

The Dublin Airport Authority has said more than 240,000 passengers were expected to travel through the airport over the weekend. 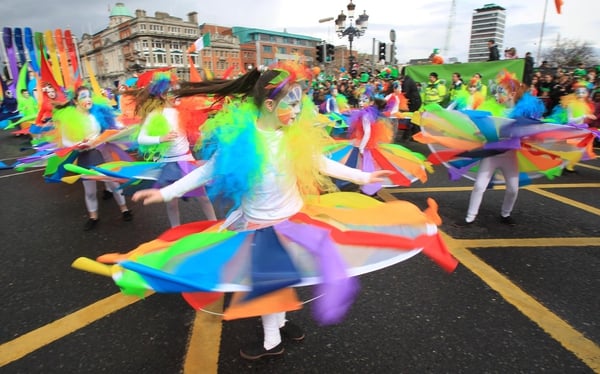