The troops were hit by an "indiscriminate" strike by rebels with the tenth front of the Revolutionary Armed Forces of Colombia (FARC) in Arauca department, in the east of Colombia, the army said.

It said that a mid-ranking official and ten privates were killed. Two other people were injured.

The FARC officially renounced abduction of civilians late last month, but still holds ten members of Colombian security forces. It has pledged to release them soon.

Colombian President Juan Manuel Santos said he will open a direct dialogue with the FARC only when all hostages are released and the group vows to cease "terrorist" actions.

It began a campaign of kidnappings in the mid-1980s, seizing army hostages to serve as bargaining chips for FARC prisoners. 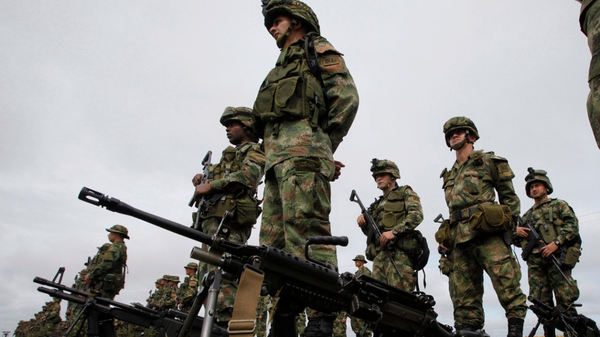