The European Union’s economic affairs commissioner Olli Rehn has said that the EU principle of respecting commitments and obligations should be applied to Ireland's repayment of promissory notes.

He was responding to a question as to whether or not the government should be given a postponement of paying the next €3.1 billion due under the promissory notes scheme used to recapitalise Anglo Irish Bank and Irish Nationwide.

The motto "pacta sunt servanda" - respect your commitments and obligations - was, he said, a key tradition in EU law.

Each and every member state had to respect the commitments it had undertaken, he said, and this was valid in the case of Ireland as well.

Any possible negotiation on the medium to long term solution to the promissory notes, he said, was a separate issue.

Sinn Féin has claimed the EU has one rule for Ireland, and another for everyone else.

In a statement responding to this evening's comments by Commissioner Rehn, party leader Gerry Adams accused him of talking nonsense when he said respecting commitments and obligtions is a key tradition in EU law.

"Olli Rehn's claim that respecting commitments and obligations is a key tradition in EU law is a nonsense," the statement said.

"It was never applied to France or Germany when both regularly breached the stability and growth rules.

"It is clear that for Mr Rehn there is one rule for the Irish and another for everyone else." 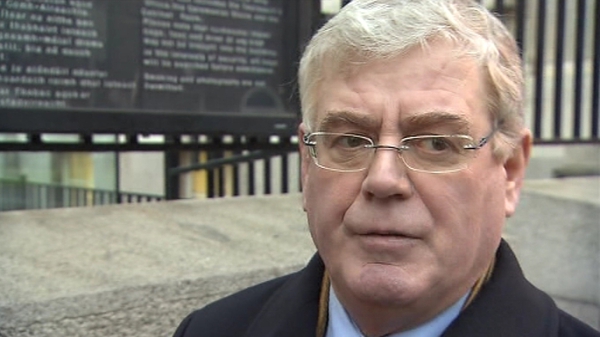