President Nicolas Sarkozy threatened in a key election rally to pull France out of Europe's 26-nation visa free zone unless the European Union does more to keep out illegal immigrants.

Mr Sarkozy, who this week said France had too many foreigners, made the threat at a mass meeting which he hopes will turn the tide against front-running Socialist Francois Hollande with just 42 days to go before election day.

The so-called Schengen passport-free zone must urgently be overhauled to fight the flow of illegal immigration, said the right-wing leader, returning to a constant theme in his bid for five more years at the Elysee palace.

To chants of "Nicolas, president!" from the tens of thousands in the flag-waving audience, Mr Sarkozy said unchecked immigration would put extra strain on social safety nets for Europe's poorest.

"In the coming 12 months, (if) there is no serious progress towards this (reforming Schengen), France would then suspend its participation in the Schengen accords until negotiations conclude," he declared.

The Schengen area is home to 400 million Europeans who can cross borders without a passport, and once inside the area illegal immigrants can theoretically move freely between the participating states.

Mr Sarkozy accuses some EU states of having lax border controls that let in illegals who may later turn up in France.

Mr Sarkozy's UMP party chartered TGV high-speed trains and fleets of buses to ferry supporters from across France for the rally in a cavernous exhibition hall in Villepinte, near Paris Charles de Gaulle airport.

Mr Sarkozy also said he wanted the EU to introduce a "Buy European Act" based on a US measure that obliges the state to use domestically produced products in public contracts.

If the European Union did not do this within a year, he would, if re-elected in the two-round vote in April and May, implement a unilateral "Buy French" law, he said.

Critics of Mr Sarkozy have accused him of fishing for support from voters who lean towards the National Front, the anti-immigrant, anti-EU party led by Marine Le Pen, who polls put in third place in the presidential race.

Mr Hollande, who has never held a ministerial post and whose ex-partner Segolene Royal lost to Mr Sarkozy in 2007, this week pressed home his attacks on his rival's record in five years at the Elysee palace.

An OpinionWay-Fiducial opinion poll on Thursday forecast that Mr Hollande would take 29% of the vote in the first round, with Mr Sarkozy at 26% and Le Pen third at 17%.

Mr Hollande, who has enjoyed a clear lead for five months, would romp home in the second round with 56%, well ahead of Mr Sarkozy at 44%, the poll said. 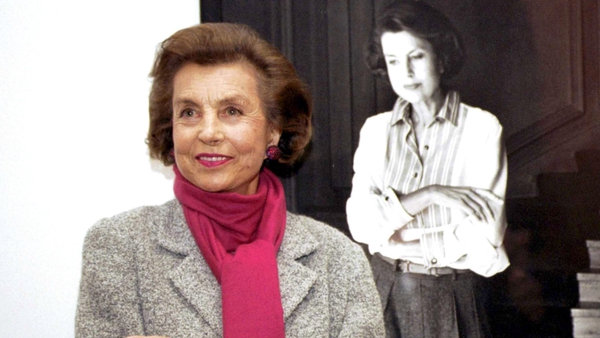