Two separate opinion polls conducted by the Sunday Business Post and the Sunday Independent suggest that decided voters will vote in favour of the referendum on the fiscal compact treaty.

A Red C poll for the Sunday Business Post, carried out between Monday and Wednesday, found 44% saying they would vote Yes, an increase of four points since last month.

Of those polled, 29% said they will vote No, a fall of seven points and 26% said they "did not know", an increase of two points.

The Sunday Independent's Millward Brown Lansdowne poll found 37% in favour, 26% opposed and 15% who do not know.

Voters that have made up their minds in the Sunday Independent poll suggest 59% are in favour and 41% against.

In a poll on party support, the Sunday Business Post poll shows Fine Gael is maintaining support at 30%, Labour is up two points to 16%, Fianna Fáil is down one point to 17% and Sinn Féin is up one point to 18%.

The Independents and Others are down two points to 19%. 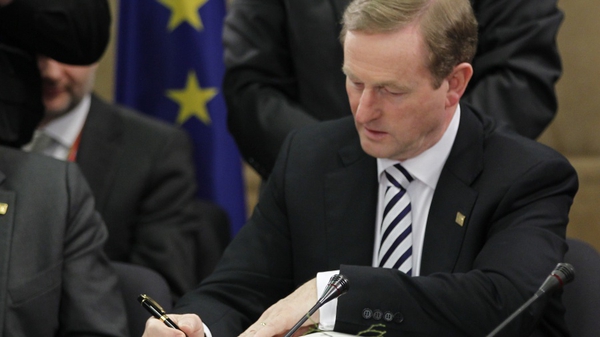