Syrian government forces have seized full control of the Baba Amr district of the city of Homs, after rebels pulled out in the face of relentless shelling and a ground assault.

The rebel withdrawal came after a 26-day military siege aimed at crushing a symbol of the almost year-long revolt against President Bashar al-Assad.

"The Free Syrian Army and all the other fighters have left Baba Amro," one activist said from Homs.

Activists said a few fighters had stayed on in Baba Amro, which has endured weeks of shelling, sniper fire and privation, to cover their comrades' "tactical withdrawal".

A pro-government figure proclaimed that troops had "broken the back" of the rebellion and that the fall of Baba Amro heralded impending victory over a Western-backed insurgency.

A Lebanese official close to Damascus said President Assad's government was determined to regain control of the entire city of Homs.

"They want to take it, whatever happens, without restraint, whatever the cost," the official said, asking not to be named.

He said defeat for the rebels in Homs would leave the opposition without any major stronghold in Syria.

ICRC given the "green light" to deliver aid

The International Committee of the Red Cross said Syrian authorities had finally given it a "green light" to take aid into the district tomorrow.

Hundreds of civilians have been killed in Homs in the past month, activists say. Many of the wounded have received only rudimentary treatment in makeshift field hospitals.

Wounded French freelance journalist Edith Bouvier has arrived in Lebanon from Syria along with French photographer William Daniels, a witness and other sources in Lebanon said.

There were conflicting reports earlier this week that Ms Bouvier had already escaped.

Russia and China joined other UN Security Council members in expressing "deep disappointment" at Syria's failure to allow the UN humanitarian aid chief Valerie Amos to visit the country and urged that she be allowed in immediately.

The 15 nations on the council also said in a unanimously agreed statement that they "deplore the rapidly deteriorating humanitarian situation" in Syria.

It is the first statement on Syria from the council, which has been deadlocked on the issue for months.

And unanimity was not achieved in the UN Human Rights Council, where Russia and China were joined by Cuba in voting against a resolution, which was nevertheless adopted overwhelmingly, condemning Syria for violations that it said may amount to crimes against humanity.

Meanwhile Britain said it had withdrawn its diplomats from Damascus and Switzerland has closed its embassy. 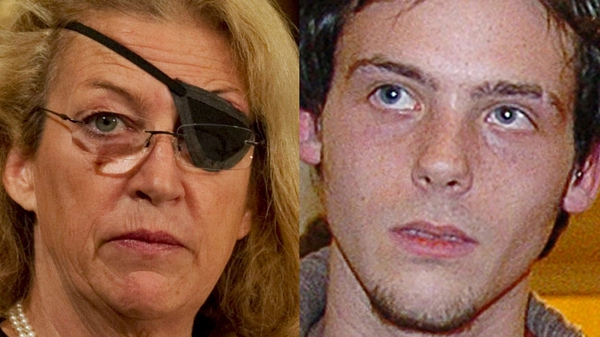