Almost 3,000 people took to the streets in counties Mayo and Donegal today to protest against proposed cuts in education that would affect small rural schools.

More than 2,000 protested in Castlebar and more than 700 people marched in Gaoth Dobhair.

Teachers, pupils and parents marched from the Gaoth Dobhair Industrial estate to the office of Dinny McGinley, Minister of State for Gaeltacht Affairs, at noon.

Teachers have invited Minister for Education Ruairí Quinn to visit the area to see how cuts in teacher numbers will impact on small Gaeltacht schools and Protestant schools in the region.

The Irish National Teachers’ Organisation estimates that up to 250 schools in rural areas nationwide will lose at least one teacher over the next three years, starting in September. 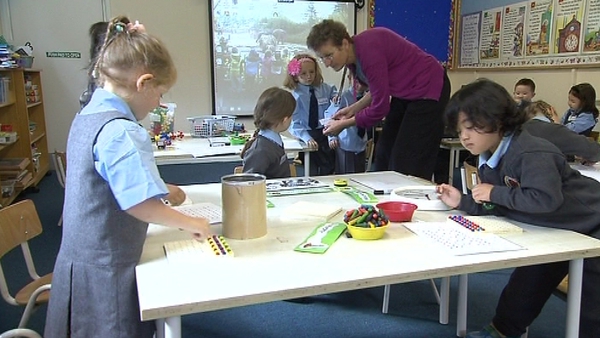 Protest over increase in pupil-teacher ratio