The council has set down 19 conditions, including a further alignment of the northside of the building, particularly at the upper levels.

SIPTU's General Secretary Joe O’Flynn has welcomed the decision and said they would be considering the conditions over the coming days.

Just before Christmas, SIPTU submitted a new proposal for a 22-storey building to Dublin City Council. The proposed tower would be 35% higher than Liberty Hall.

The most eye-catching elements were a four-storey heritage centre at the top of the building, with a public skydeck accessible by a glass fronted sky lift.

A conference centre and theatre were also proposed, with 17 storeys of offices.

It was SIPTU’s second proposal for the site. Tonight, Dublin City Council confirmed that the union has been given the go ahead with 19 conditions attached.

They include a further alignment of the northside of the building, particularly at the upper levels. They also want the proportions the four-storey base of the building to be changed to be more cognisant of the existing streetscape

Dublin City Council had received objections to the proposal, many citing height. Appeals can be lodged to An Bord Pleanála within the next month.

Completed in 1965 on a site with historic links to 1916 Rising and the lockout, Liberty Hall was Dublin's first skyscraper.

In 2006, SIPTU announced plans to demolish the building and rebuild on the site. The union said it was in need of serious upgrading. 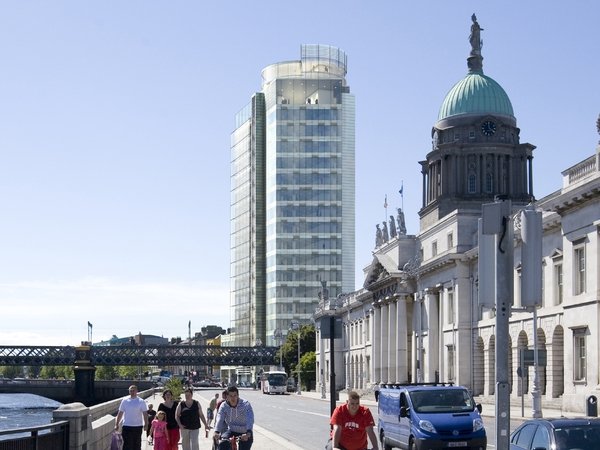 Liberty Hall to be demolished