President Michael D Higgins has paid tribute to the important role of the Irish community in Britain while on a official visit to London.

Mr Higgins said the Irish abroad will always be in the forefront of his thoughts as he faces into his Presidency.

The President was speaking at the London Irish Centre in Camden in north London where he met members of the Irish community and those who work with Irish emigrant welfare organisations.

Speaking later at the London School of Economics, the President also praised his predecessor President Mary McAleese, who he said "did so much to foster reconciliation and friendship across these islands."

Accompanied by his wife, Sabina, it is Mr Higgins' first trip as President outside the island of Ireland.

He was the only Presidential candidate to visit Britain during his election campaign.

Since his inauguration, he has appointed Sally Mulready, an Irish woman living in Britain, to the Council of State as an advisor on emigrant affairs.

He returns to Ireland on Thursday. 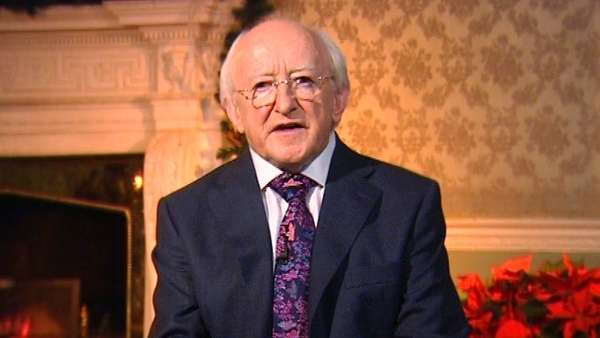