Tánaiste Eamon Gilmore has said he will be discussing the issue of human rights with the Chinese Vice President Xi Jinping this weekend.

Mr Xi will arrive in Ireland tomorrow and will spend three days in the country.

The Tánaiste said discussions with the Chinese Vice President will concentrate on the development of trade and investment between the two countries.

He said the visit is a huge opportunity for Ireland to develop trade and investment links with China.

Mr Gilmore said the Government has been working with other BRIC (Brazil, Russia, India, China) countries and other Asian countries to expand Ireland's reach in trade.

A number of Irish ministers will be visiting China over the next few months to promote trade in the area of education, agriculture and food.

The Tánaiste said this weekend's visit is hugely significant in that context.

Amnesty International is urging the Government to “deliver a clear and forceful message on human rights in China” during upcoming meetings with the Chinese Vice-President.

Amnesty International Ireland has written to the Taoiseach and the Tánaiste, and Minister for Foreign Affairs.

"It is crucial that the our leaders speak with one voice and make clear the concerns of many Irish people about China's abuse of human rights in their meetings with Vice-President Xi Jinping this weekend,” said Programme Director Noeleen Hartigan

"China's human rights record is appalling,” she added, "it is obviously important that we build and maintain trading relations with a country like China. But even in the midst of a recession we cannot let trade opportunities blind us to our responsibility."

Among the cases Amnesty International Ireland asked the Taoiseach and Tánaiste to raise are those of Nobel peace laureate Liu Xiaobo, serving an 11-year sentence, and human rights lawyer Gao Zhisheng, who is in state custody, but whose whereabouts are unknown.

Taoiseach Enda Kenny said that he would raise the subject of human rights' abuses with Mr Xi.

He noted White House comments about an improvement in human rights circumstances in China, and said that this was to be commended.

Mr Kenny added that he thought "from a European-Chinese perspective ... and from a UN perspective we would hope to see Xi Jinping continue to improve the situation as far as the record for human rights is concerned".

The Taoiseach said the visit of the Chinese Vice President this weekend represents a real opportunity to get to know someone with growing global influence.

Ireland is Mr Xi's only western European stop on a world trip taking in America and Turkey.

Mr Kenny said the visit was significant and would strengthen trade links between Ireland and China.

He said that China was looking for opportunities to invest in Europe particularly in agriculture, agribusiness and education.
Trade between the two countries was worth €8bn in 2010.

When asked if China could invest in the European bailout fund, Mr Kenny said China had put itself up there as a country willing to invest and he said decisions on that would be made in due course. 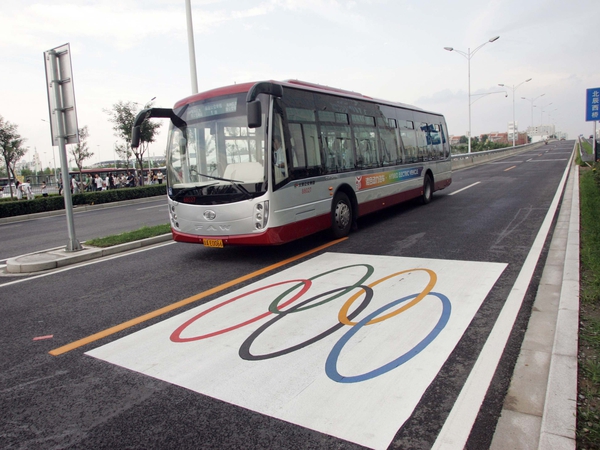