Up to 18,000 households in Dublin have been told their bins will not be collected from Thursday, because they have not signed up to a new private waste service.

Greyhound Recycling, the company awarded the contract to take over Dublin City Council's waste collection, has warned that it will stop collecting bins from residents who have not met the deadline.

The Minister for the Environment Phil Hogan has said that the decision to stop the collection is a matter for the householders and the service provider.

He said that the people of Dublin City were getting good value for their waste collection and called on people to engage with the company.

Minister Hogan has said that a waiver had been provided to over 34,000 households in the city area and that the 18,000 houses that were choosing to not pay were out of a total of nearly 150,000 households.

Customers have until Thursday to pay the €100 annual service charge up front, or make an initial payment of €50, and to put money into their accounts to ensure they are in credit.

Greyhound Chief Executive Michael Buckley said: "We have a simple system for identifying which households have paid for the service.

"Those who have not paid will not have their bins collected. There will be no exceptions to that policy."

Deputy Mc Donald said that many households in her constituency had yet to even receive information from Dublin City Council or indeed Greyhound about the transfer of services. 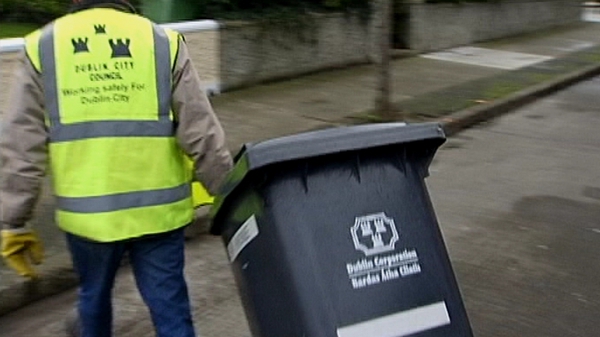