A US drone attack targeting a militant compound has killed ten insurgents in Pakistan.

Two missiles hit the compound located in Tappi, 10km southeast of Miranshah, the main town in volatile North Waziristan near the Afghan border, a military official in Peshawar said.

The dead included some foreign militants from Central Asia, another security official said but offered no details.

However, the strikes fuel widespread anti-American resentment, which is running especially high in Pakistan since US air strikes inadvertently killed 24 Pakistani soldiers in November.

President Barack Obama last month confirmed that US drones have targeted Taliban and al-Qaeda militants on Pakistani soil, a programme that has escalated under his administration.

In a chat with web users on Google+ and YouTube, Mr Obama said "a lot of these strikes have been in the FATA" - Pakistan's semi-autonomous Federally Administered Tribal Areas.

The New America Foundation think-tank in Washington said drone strikes in Pakistan have killed between 1,715 and 2,680 people in the past eight years.

The US had until now refused to discuss the strikes publicly, but the programme has dramatically increased as the Obama administration looks to withdraw all foreign combat troops from Afghanistan by the end of 2014.

US diplomatic cables leaked by WikiLeaks showed that Pakistan's leaders privately supported US drone attacks, despite public condemnation in a country where the US alliance is unpopular.

Pakistan is said to be reviewing its entire alliance with the US and has kept its Afghan border closed to NATO supply convoys since the November strike. 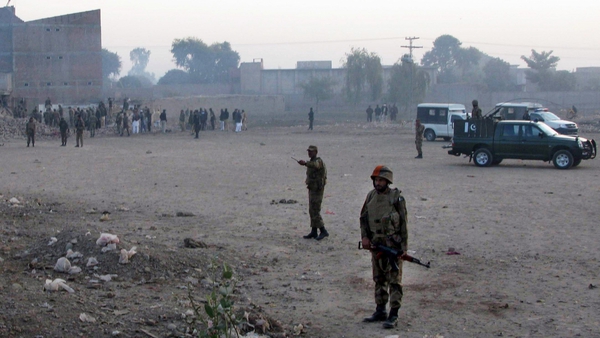