There has been widespread condemnation of Russia and China's veto of a resolution by Arab and European nations in the United Nations Security Council, which backed an Arab League call for Syrian President Bashar al-Assad to resign.

"It undermines the role of the United Nations and the international community in this period when the Syrian authorities must hear a unified voice calling for an immediate end to its violence against the Syrian people," Mr Ban said.

"As Syria's crisis deepens, bringing escalating violence and suffering to the Syrian people, the Security Council has lost an opportunity to take unified action that could help end this crisis and forge a peaceful future," the UN leader declared.

Mr Ban said the veto in the Security Council was "a great disappointment to the people of Syria and the Middle East, and to all supporters of democracy and human rights," said the statement.

Russia and China vetoed a resolution proposed by Arab and European nations and backed by all 13 other members of the council.

They also vetoed a draft resolution on Syria in October.
Amnesty International called it a "shockingly callous betrayal" of the Syrian people.

Moscow and Beijing have acted in a "completely irresponsible" way, the London-based human rights group added.

Russia and China vetoed a United Nations Security Council resolution condemning Syria for its lethal crackdown on protests, as activists said Syrian troops killed more than 230 people in shelling of the city of Homs.

"The decision by Russia and China... is a shockingly callous betrayal of the people of Syria," Amnesty said.

Amnesty’s Secretary-General Salil Shetty added: "This is a completely irresponsible use of the veto.

"It is staggering that they have blocked the passage of what was already a very weak draft resolution.

"After a night in which the whole world watched the people of Homs suffering, the actions of these members are particularly shocking."

Thirteen countries voted for the resolution proposed by European and Arab nations to give strong backing to an Arab League plan to end the clampdown.

Amnesty said it would continue to press Security Council members to refer the situation in Syria to the International Criminal Court; impose a comprehensive arms embargo; and implement an assets freeze on al-Assad and other top Syrian officials.

US President Barack Obama has accused President Assad's government of murdering civilians in what he called an "unspeakable assault" in Homs. Mr Obama demanded that President Assad step down.

The Damascus government denied involvement in the pre-dawn assault, blaming groups trying to incite unrest ahead of today’s Security Council vote, as television images showed bodies and buildings destroyed in the city.

France, a permanent member of the UN Security Council, condemned this "further step in savagery," calling it a "crime against humanity."

In an apparent allusion to Moscow, it said anyone hindering condemnation of the violence and steps toward a political solution would "bear a heavy responsibility in history."

Opposition groups again demanded the world act to end a campaign they say has killed at least 6,000 people since March, and angry protesters stormed Syrian embassies in Athens, Berlin, Cairo, Kuwait and London.

Opposition groups put the death toll at between 217 and 260; if confirmed, the violence would be the deadliest in the nearly 11-month uprising against the regime of President Bashar al-Assad.

"Assad forces randomly bombed residential areas in Homs, including Khaldiyeh and Qusur, which resulted in at least 260 civilians killed and hundreds of wounded, including men, women, and children," said the Syrian National Council.

The "Assad regime committed one of the most horrific massacres since the beginning of the uprising in Syria," it said.

Assad's forces also "bombed" the flashpoint northern town of Jisr al-Shughur, near the border with Turkey, and suburbs of Damascus, it said.

Al-Jazeera and Al-Arabiya television showed dozens of bodies and scenes of chaos as tweets claiming to be from residents said Homs "is bleeding" under the bombardment, one counting "366 explosions tonight so far."

The Syrian Observatory for Human Rights said its count was at least 217 dead and several hundred wounded in Homs, a flashpoint of the Syrian uprising, which follows others in the Arab Spring revolt that began more than a year ago.

It is not possible to verify the authenticity of opposition and residents' accounts because of restrictions on reporting in Syria.

However the government denied its army had shelled Homs and accused television stations of "inciting" violence, the official SANA news agency said.

"The civilians shown by satellite television stations are citizens who were kidnapped and killed by armed gunmen" it accused of "wanting to use that information to (pressure) the Security Council." 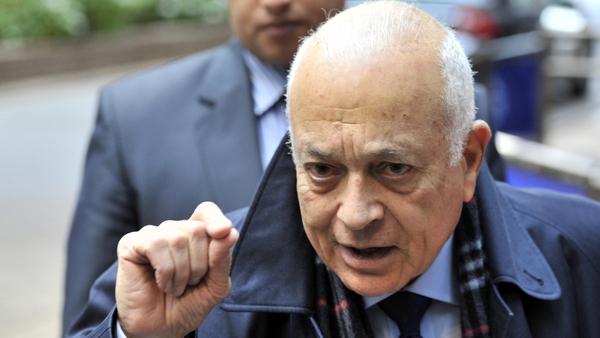