An Australian mining company is seeking to exploit a substantial gas field on the Fermanagh/Leitrim border with the promise of hundreds of jobs from a multi-billion euro investment.

The project is being opposed by campaigners who claim that the form of mining being proposed - fracking - would harm the environment.

Tamboran Resources said its initial studies have confirmed there is a substantial natural gas field in north Co Leitrim.

It claims the gas field could deliver security of energy supply in Ireland for the next 40 years providing 600 jobs with up to 2,400 indirect jobs.

The company's chief executive Richard Moorman described the project as "a potential energy and economic game changer for Ireland".

But the fracking process it would use to recover the gas involves forcing millions of gallons of chemical fluid up to 500m below the surface to crack open the rock formation and channel natural gas into an onshore well.

A recent New York Times investigation claimed the wasted water in some such wells contained dangerously high levels of radioactivity.

There is substantial local opposition to the project and Sligo and Clare county councils have already voted to ban the process.

The Government has commissioned a report from the Environmental Protection Agency. 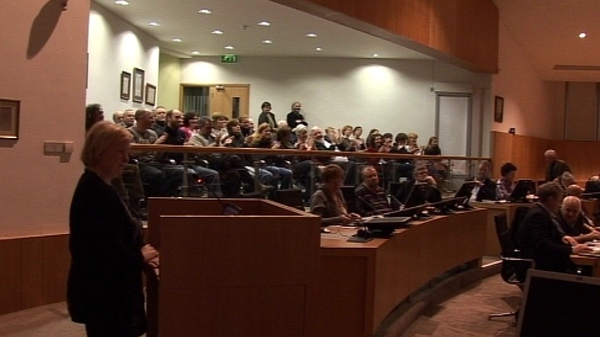